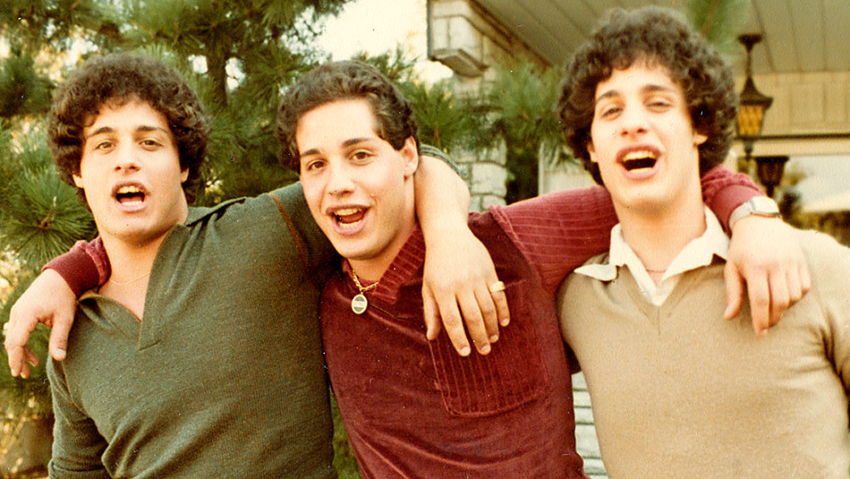 Not only is truth stranger than fiction, but it is also quite cinematic. Such is the case for “Three Identical Strangers,” a provocative new documentary directed by Tim Wardle. The film follows the true story of Eddy Galland, David Kellman and Robert Shafran, three young men living very separate lives who, in 1980, discover they are long-lost triplets. After the celebration and public intrigue in the story die down, the triplets begin question why they were separated, uncovering a vast conspiracy that will leave viewers both enamored and disturbed.

Shafran tells the story of how he discovers his twin brother after being mistakenly recognized as Galland when he arrives for his first day of college. His arrival is conveyed through dramatized footage of the campus accompanying his narration. This footage, lushly shot by cinematographer Tim Cragg with a bright, vintage look, conveys an immediate sense of emotion by acting as a supplement to Shafran’s speech.

This mix of dramatized footage and testimonial-style interviews persists throughout the film, joined by the implementation of archive footage whenever Kellman comes into the fray, cementing their legacy as the reunited triplets. Editor Michael Harte stitches together a number of television appearances by the brothers in a montage that conveys the public’s joyous fascination with the trio.

Similarly fascinating is the way in which Wardle, Cragg and Shafran manage to drastically shift the tone in the second act. Once the brothers begin to look into their separation, they fall down a deep rabbit hole. Celebration quickly gives way to fear and paranoia. Accompanied by a droning, eerie score by Paul Saunderson, their investigation is teased out slowly before they realize that they were separated for a very specific reason.

Wardle pegs their separation for the huge ethical violation that it is. Whenever the revelation is made, the film stops focusing on all the similarities between the triplets. Instead, “Three Identical Strangers” zeros in on the scars their predicament has given them. These men have had their lives completely stolen from them due to the selfish actions of those above them, and it’s reflected in each of their reactions to the truth.

Shafran looks sullen and regret-filled, Kellman seems unable to contain his anger and Galland’s story ends in a tragic, unforgettable place. Wardle contrasts their
suffering with the indifference of those who orchestrated their separation toward what the triplets went through. The apathy of this group is scarier than anything in a modern horror film because it’s real: These monstrous human beings actually existed.

However, the most effective part of “Three Identical Strangers” comes toward the end. As the interview subjects discuss what happened to these three men, archival footage is played in the new context of the film’s revelations. Wardle lingers on this footage, really forcing the audience to confront the fact that these men never had a choice in who they became in life, because others played God with their lives.

“Three Identical Strangers” is a haunting film. By diving deep into an injustice done to an innocent group of brothers, Wardle makes us ask ourselves how much control we have over our own lives. If a film makes one ask a question that big, it’s safe to say it’s done it’s job.