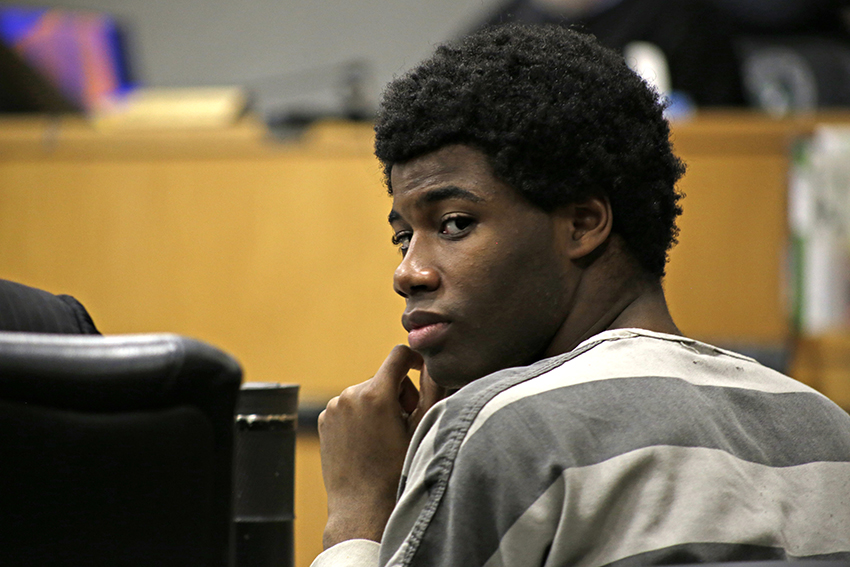 Jury selection began Monday in preparation for the trial of Meechaiel Criner, the 20-year-old indicted on capital murder charges in connection with the death of dance freshman Haruka Weiser.

More than 70 people appeared before the 167th District Court on Monday as prospective jurors. After the judge, the defense attorneys and the prosecution reviewed the jury questionnaire, 30 of them were dismissed.

By the end of the day, six women and three men in the jury pool were selected to be on the jury for the trial, which is expected to start Wednesday. The remaining three jurors and several alternates will be chosen from a new pool by Tuesday evening.

During jury selection, Judge David Wahlberg, assistant district attorney Guillermo Gonzalez and defense attorney Ariel Payan emphasized the importance of remaining fair and impartial in the trial, especially because of the media coverage of the case.

“Seeing media coverage doesn’t disqualify you from being on jury,” Gonzalez said.

“Last month, Wahlberg dismissed the majority of the DNA evidence in the case because of what he ruled were flawed analysis techniques used by a Texas Department of Public Safety forensic scientist.

Although the lead prosecutor told the Austin American-Statesman in June they are still confident they will be able to convict Criner, Russ Hunt Jr., an Austin criminal defense attorney, said this ruling could cause a jury to question the strength of the state’s case.

“A lot of people expect (to see DNA evidence during a trial), so if they don’t see it, they’re very skeptical of other types of testimony like live witnesses (and) circumstantial evidence,” Hunt said.

Without the majority of the DNA evidence, the prosecution will have to rely on circumstantial evidence instead, said Suzanne Spencer, an Austin criminal defense attorney.

“When the state, for whatever reason, doesn’t have DNA evidence, it will rely on the same type of evidence it has relied on for all the centuries before DNA evidence,” Spencer said in an email.

Weiser was reported missing on April 4, 2016, after she did not return home from dance practice. Her body was found a day later behind the on-campus Etter-Harbin Alumni Center.

Austin Police later arrested Criner as the suspect in the murder after finding him at an abandoned building burning items similar to those in Weiser’s possession, according to the arrest affidavit.

Criner was indicted by a Travis County grand jury in June 2016. The indictment accuses Criner of killing Weiser by strangulation with a ligature, as well as of other charges, including sexual assault, kidnapping and robbery.

Both Hunt and Spencer said the jury could also potentially hand down a verdict on other charges in the indictment.

“There is a possibility that the jury could consider lesser offenses such as robbery, kidnapping or (sexual) assault,” Spencer said in an email. “If the jury is given these options, they could find him guilty of one of those offenses rather than murder or capital murder.”

If convicted of capital murder, Criner could face life in prison with the possibility of parole in 40 years. He is not eligible for the death penalty because he was under the age of 18 at the time of Weiser’s death.

The trial will be finished by July 20, Wahlberg said.