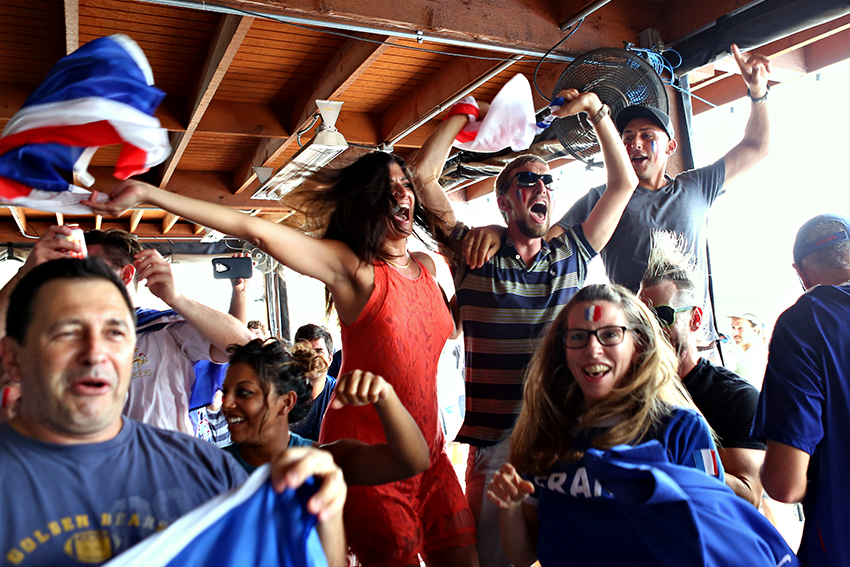 Every four years, fans across the world gather to watch the FIFA World Cup. For some students at The University of Texas who grew up watching the World Cup with their families at home, being in college during the quadrennial tournament can be as difficult as spending a holiday apart.

Watching a soccer game can unite a bar full of strangers. It is also a way to feel close to one’s home country. Liam Alteneder, a journalism senior, said he loves watching soccer with his friends, but watching the World Cup games this year in Japan with his cousins was overwhelmingly better.

“I think the World Cup is better and more enjoyable to watch with your family members who are probably rooting from the same country you are because you’re all from there,” said Alteneder, who is Japanese-American. “When Japan made it to the round two game, me, my mom, my dad and my brother all watched it together.”

Alteneder said the World Cup brings out soccer fans who didn’t know they were soccer fans until national pride takes over, including his mom.

“My mom’s not a soccer fan until it comes to the World Cup,” Alteneder said.  “The Japanese women’s national team is really good, so my mom would always watch the Women’s World Cup. The pride for her nation and supporting her country comes into play and that’s why she watches.”

Victoria Piranian, a public administration graduate student whose family lives in Dallas, is originally from Argentina where she said she grew up watching soccer both at home and even in school for major games.

“Soccer rules the world there,” Piranian said about her childhood in Argentina. “Whenever you’re in Argentina during the games, the city just does not function. You can feel buildings shake when the team scores.”

The World Cup was no different, and Piranian said her family traditionally gets together in someone’s house with empanadas and food to watch games. This year, because she lives in Austin, she was unable to join her family.

“I went all around Austin and like tried watching at different places,” Piranian said. “I (asked) my friends to join but I always ended up alone.”

Like Piranian, Daniel Najar is a Houston native who just spent his first of the past four World Cups away from home.

Najar said his family, which is originally from Mexico, has always watched soccer together, but watching the World Cup in particular is a special and ongoing tradition.

“I really miss spending that time with my family,” Najar said. “I didn’t realize that it wouldn’t last forever.”

Although Najar has found a group of friends in Austin who enjoy soccer as much as he does, he said he still calls his father during games.

“Being with friends is cool, but watching the games with family is how I grew up,” Najar said. “We talk on the phone over the games, but it’s not the same.”