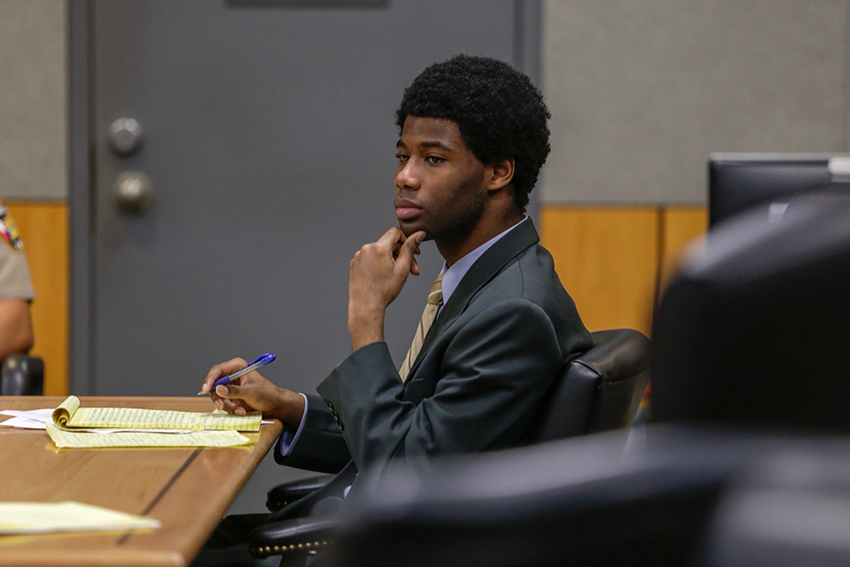 Although most of the DNA evidence in the case against Meechaiel Criner was previously thrown out by the judge, the prosecution spent Tuesday discussing the remaining physical evidence. Criner, a 20-year-old homeless man, is indicted for capital murder changes in connection with the 2016 murder of Haruka Weiser.

During a pre-trial hearing in June, Judge David Wahlberg ruled to exclude the majority of DNA evidence from the trial because of flawed analysis techniques. Much of the hearing Tuesday was focused on testing done to the DNA that was not excluded by the judge, including fibers from the scene and a lock of hair.

Lindsey Bynum, a forensic scientist with the Texas Department of Safety’s crime laboratory, testified that there were fibers found on the ligature around Weiser’s deck that were of a similar color and shape to those found on a backpack in Criner’s possession. However, Bynum couldn’t say for certain whether they came from the backpack.

“Haruka Weiser … could not be excluded from the (DNA) sample,” Dimick said. “(But) Meechaiel Criner … could be excluded. We could also exclude 99.89 percent of the North America population.”

Prosecutors argued the lock of hair ties Criner to the scene of Weiser’s death, because it was collected from a T-shirt with an Ellison High School logo in the abandoned building where Criner was found. Criner’s foster mother testified Monday that Criner went to Ellison.

In response, defense attorneys asked the DNA analysts why they didn’t do more complex DNA testing on other items found at the scene, such as Weiser’s bra and eyeglasses. On Monday, Jennifer Benitez, a latent print examiner with the Austin Police Department, testified that no fingerprints were collected from any of the items found at the crime scene.

After five days of presenting evidence in their case against Criner, the prosecution is expected to rest their case tomorrow, Wahlberg said. The defense will then begin to present evidence they believe proves Criner’s innocence until the trial concludes on July 20.