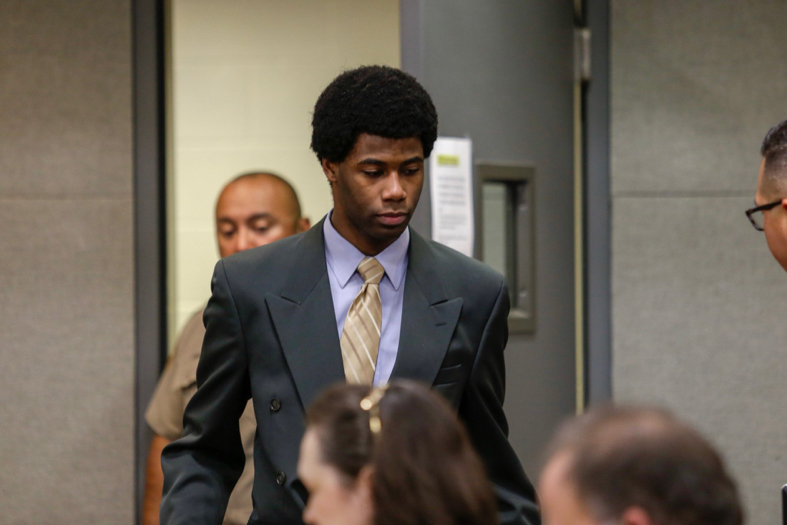 The jury has still not reached a verdict in the trial of Meechaiel Criner, indicted on capital murder charges in connection to the April 2016 death of dance freshman Haruka Weiser.

After nearly five hours of deliberations, the judge dismissed the jury and told them to come back to continue deliberations Friday at 8:00 a.m. The jury sent a note to the judge requesting to see a “voluminous” amount of evidence when they resume deliberations.

Before the jury began deliberations Thursday, attorneys for the prosecution and the defense presented their closing arguments. Prosecutors Victoria Winkeler and Guillermo Gonzalez said the evidence proved Criner intentionally caused the death of Weiser by strangulation on April 3, 2016, while also committing aggravated sexual assault, kidnapping and robbery.

Winkeler said Criner was hunting for a victim and had prepared a ligature in his backpack to strangle Weiser. Winkeler said that while Weiser believed the path by Waller Creek to be full of beauty and life, Criner saw Waller Creek as the perfect location to pull off a murder.

“You should now know, (Criner) committed this horrific and brutal murder,” Winkeler said. “You don’t get a ligature and pull it so tight as to murder (a person) without intending to do so. Find him guilty for the capital murder he committed to Haruka Weiser.”

Gonzalez said Criner was lying to the jury during his testimony, which Gonzalez said was an indication Criner is sophisticated and using critical thinking. Gonzalez said this demonstrates that Criner is a dangerous and frightening person who killed Weiser.

“(Criner) knows that if he acts nice and polite that a lot of people are going to feel bad for him,” Gonzalez said. “(Criner is) a little bit manipulative. He knows he needs a story because there's a storm of evidence against him.”

"A human being was interacting with that machine at the time this happened,” Payan said. “This is direct activity that Criner was on his laptop. This is the proof, right here that that man, that boy, did not kill Haruka Weiser.”

Payan said that without DNA testing done on any of any of the evidence collected, nothing ties Criner to the scene of Weiser’s death. Payan said the prosecution did not prove their case against Criner beyond a reasonable doubt.

“This is a circumstantial evidence case,” Payan said. “They want you to fill in the blanks. Don’t leap to those conclusions. Mick did not commit this crime.”