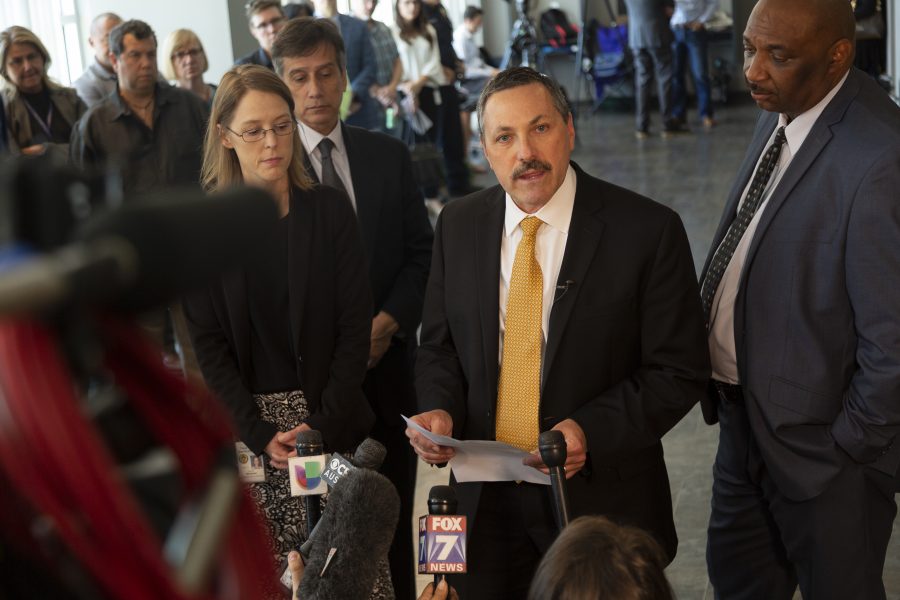 Multiple people cried and hugged each other outside of a Travis County courtroom on Friday after a jury found Meechaiel Criner guilty of capital murder in the April 2016 death of dance freshman Haruka Weiser.

Before Criner’s sentencing, Thomas Weiser spoke directly from the stand to Criner and said Weiser’s spirit and her bright face prevailed. Weiser said Haruka did not choose to sacrifice herself, but that she didn’t die in vain.

“What can a father say to the one who killed his daughter?” Weiser said. “What could possibly make a difference to you? You killed my daughter. You brutally raped her and then you mercilessly killed her. May God have mercy on your soul.”

Weiser said the parole board for Criner will need to build a new room to hold all of the letters he plans on sending them to discourage them from letting Criner free.

“For the rest of my life, I’ll be reminding the Texas state board of paroles and pardons that (Criner) should never be released,” Weiser said. “It's my duty as Haruka’s father and my responsibility to the citizens of this state.”

Joell Sullivan-McNew, vice president of SafeHorns, said she had devoted the past two years to following Criner’s trial and she was grateful for the jury’s guilty verdict. SafeHorns, which was founded in response to Weiser’s death, is a coalition of parents and community members promoting increased security on campus.

“I believe that he definitely had a fair trial … and I’m so grateful for the jurors,” McNew said. “I agree with her father, that I believe 100 percent that they stopped a predator, an animal, living on our campus. I’m sure it was an extremely difficult decision.”

The jury foreman said the jury took more than 10 hours to review the evidence because they wanted to make sure the state had proved their case beyond a reasonable doubt.

“There was just way too many things that lined up to be coincidences,” the jury foreman said. “When you combine all of the elements together, to be a coincidence at that point, it just becomes so implausible, it's unbelievable."

During the press conference after the verdict was announced, prosecutor Victoria Winkeler said the verdict was about getting justice for Weiser’s family and showing everybody how special Weiser was to those who knew her.

“We just hope that what happened here today can maybe even just a little bit help the Weiser family move on,” lead prosecutor Guillermo Gonzalez said. “I want to thank the very hard work that the jury did in this case. They reached an appropriate verdict through a lot of hard work, so we really, really appreciate that.”

Ariel Payan, Criner’s lead defense attorney, said they would be appealing the verdict, but had no further comment.

Abigail Rosenthal contributed to this reporting.