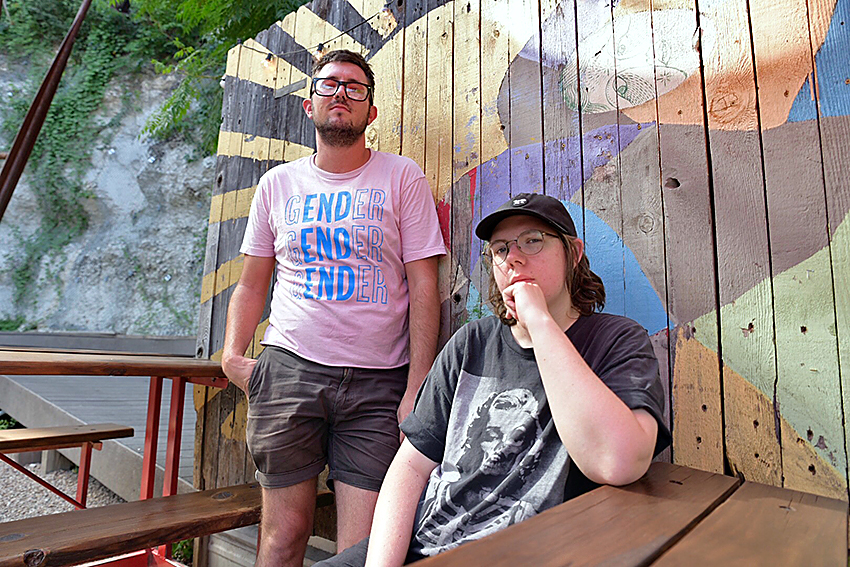 Focused on pushing genre-defying art and queer- and female-led filmmaking, the first-ever Contrast Film Festival premiered in Austin this past weekend.

“(Contrast Film Festival) is a culmination of all the things we’ve done, and we have the experience and the know-how, so it made sense to start it now,” Sparks said. “We’re in a really critical time culturally, with the presidency and such, so we wanted to do our part to highlight voices that are being attacked.”

Sparks and von Stilb said they want Contrast Film Fest to be a way to start conversations and bring artists and people from all over to inspire one another and to feature Austin’s talented queer creative scene.

“We’re inspired by (the Austin queer creative scene’s) work and are trying to bring a bunch of different types of people into one room,” von Stilb said. “(We) hope to help connect Texas to the creative communities in other cities and create dialogue, in hopes for some interesting conversations about what’s going on in different corners of our country.”

Amanda Justice, one of the filmmakers involved in the festival, says meeting other people and fellow filmmakers has been an emotional and rewarding time. Being a part of the first Contrast Film Festival has been an enjoyable collective experience for Justice, and she said she hasn’t seen such a great first start for a film festival of this kind.

“I am always going to be here for radical queer film festivals. There aren’t enough and there needs to be a thousand percent more, and (Contrast Film Festival) showing this type of work is so special,” Justice said. “We have to help make (Contrast) thrive … and I can’t wait to see what happens next.”