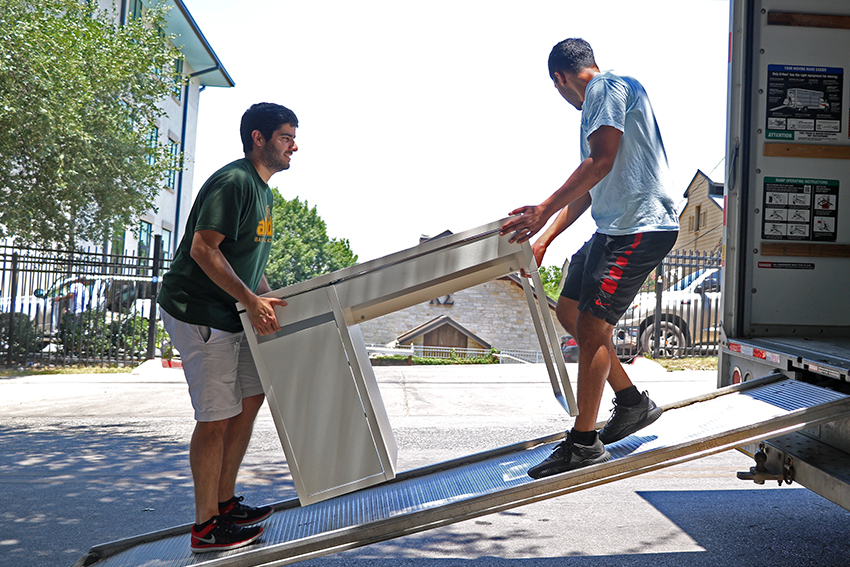 At the end of July each year, many students’ apartment leases end. However,  they often aren’t able to move into their next place for days or even weeks, leaving some scrambling to find somewhere to stay while their former unit is readied for the next tenant.

Peyton Janssen, general manager for real estate agency West Campus Living, said these gaps between leases seem to be a problem unique to students in Austin, and are a result of high demand and the area’s pre-leasing schedule.

“Most leases usually end around July 31 and then they don’t start again until mid-August, so there is 10-to-15 day window where (renters) don’t really have anywhere to live,” Janssen said. “Especially like a lot of (international and out-of-state) students don’t really have any family that they can go stay with … so they have to find storage or Airbnb places.”

Lease gaps created a financial hurdle for health and society senior Danielle Aedo, a student from California who is putting herself through college.  This year she’s facing a week-long gap — an amount of time she doesn’t feel justifies a $500 plane ticket back home. She said she also had to make arrangements for her belongings to be moved out of her furnished apartment.

“I’m actually distributing (my stuff) to a few of my friends and I’m going to pay them for it,” Aedo said. “I’d much rather give my friends money than pay a storage unit company.”

But friends looking to help friends as they wait for their move-in date should exercise caution, said Sylvia Holmes, associate director of Legal Services for Students. Some leases have a monthly limit for overnight guests, and breaching a lease by allowing friends to stay for long periods of time could result in the renter getting evicted, Holmes said.

“A lot of the student leases where they’re renting by the bedroom are very narrow; they get maybe two nights a month where you can have an overnight guest,” Holmes said. “So if you stay three nights, your friend is in violation of their lease.”

Janssen and the University’s International Office website suggests Airbnb, a hotel or other similar options for students who might need short-term housing. Janssen also suggested looking to sublet for a few weeks. Outside of that, Janssen said there’s little way around lease gaps.

“Sometimes property management will work with us, (or) some people move in a little bit early, but that’s not the most common,” Janssen said. “Typically there is going to be at least a five-day gap.”