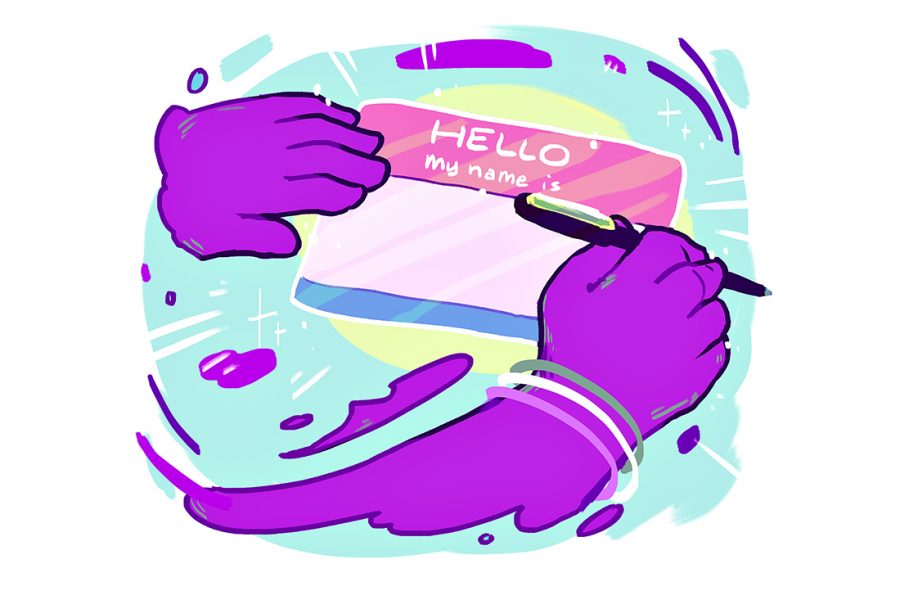 Within our campus community, queer-friendly departments and organizations, such as the Gender and Sexuality Center, stress the importance of educating students about gender pronouns.

The use of pronouns is extremely important, as people use them to communicate their gender identity. But despite the heavy toll it takes on one’s mental health, misgendering — the act of assuming another’s gender — is very common.

Although cisgender folks don’t tend to think — or care — about asking another’s pronouns before addressing them, doing so is a simple way to show respect to another human being. Referring to another person by the terms they’ve requested shows that you respect their true identity and authentic self. Because of this, it’s vital that students call their peers by their correct gender pronouns.

The road to obtain the confidence to fully and openly express one’s gender is already long and difficult. It’s exhausting struggle for many to be their authentic selves, as they have to repeatedly come out to new people throughout their lives who may or may not choose to accept them. This harmful experience is often further enhanced by others who continue to call them by the incorrect pronouns.

“Identifying as transgender comes with joy in authenticity, but more than often, unsolicited hatred from the world,” says Emmett Schelling, executive director of the Transgender Education Network of Texas. “Misgendering/mislabeling some purposefully is terribly disrespectful and gives that person who is being misgendered a loud and clear message: ‘I don’t respect you, and I don’t respect your right to have agency over your body or telling me your truth.’”

A 2014 study found that 32.8 percent of transgender people felt stigmatized when they were misgendered. They also noted that this caused feelings “of reduced strength and continuity in their identity.”

No one should have to feel that they are unable to be their authentic selves because of the thoughtlessness and lack of respect of others. Even if you’ve never been misgendered, it takes no effort to understand that others may not share your same experiences. Furthermore, it does you no harm to respect another human being by referring to them with the pronouns that accompany their gender identity.

“When you use someone’s pronouns correctly, it signals that you simply see and respect them as the person they are,” says Schelling.

So see your neighbors. And don’t just tolerate them –– respect and love them for everything that they are.

Braaten is an international relations and global studies senior from Conroe.