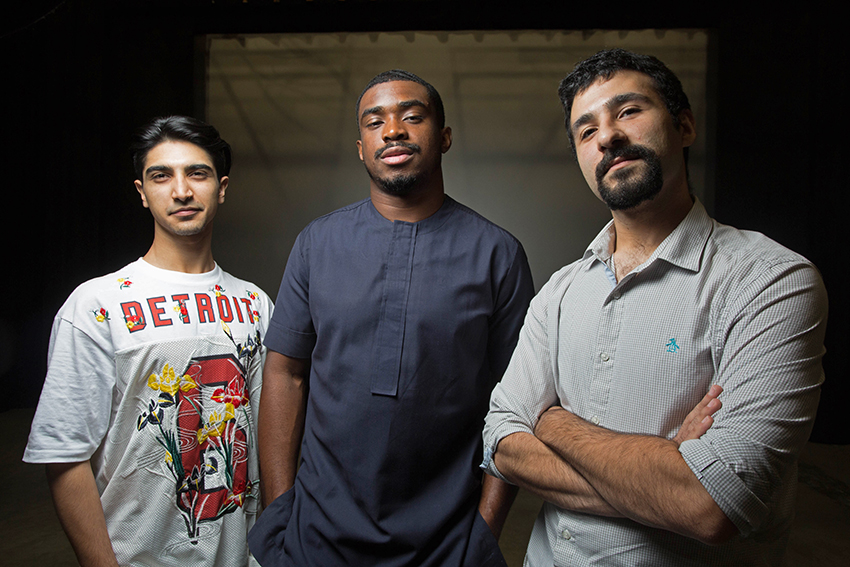 There’s no shortage of unique voices coming out of the radio-television-film department, a fact that program graduates Shadi Qutob and Farzan Sewani embody to the very fullest with their new short film, “Bastards.”

“Bastards,” directed by Qutob and Sewani, is the third film from the pair’s production company, Qutani Films. The action film explores anti-blackness in the Arab community through the characters of Arab-American Karim, played by Qutob himself, and African-American Steve, played by Kelechi Okoro.

Although the plotline involves a scuffle over a gun and an eventual robbery, it has its basis in the real-life friendship of Qutob and Okoro, who have known each other since childhood.

“Working with somebody I grew up with helped a lot,” Okoro said. “But I found difficulty separating myself from the character because I felt like we were similar in very many ways.”

Qutob said that growing up, the two shared common ground in being people of color. Since the two were first-generation immigrants, their experience was different than that of a lot of kids their age.

“We both kind of felt disenfranchised in a way where we weren't American, you know, we don't fit in with the white kids,” Qutob said.

As he got older, Qutob found that he was gravitating toward African-American culture in a way that he felt was problematic, more like appropriation than actual engagement. This realization of his behavior, which he said can be likened to cultural appropriation, led Qutob to create the character of Karim as a hyperbolic version of his past self. However, his interest in African-American culture is also what led Qutob to meeting Sewani.

“TSTV was how we met.” Sewani said. “We were both on the show Longhorn Hip Hop; we both love hip-hop.”

“We wanted to make something more action-based, more entertaining,” Sewani said. “But also (to) convey some type of social message.”

Regarding that social message, Okoro, even as an actor, found it incredibly important that audiences take the right message out of the film and examine their own behaviors, such as the behavior that Qutob had described his younger self engaging in.

“I want people to watch it and take a second to think about how the negative portrayal of black culture affects not just black people but the people who are fixated on it,” Okoro said, “I want people to take a second to think about what America’s fetishization of black culture since the dawn of pop culture means about our collective identity as a society.”

Regardless of how “Bastards” turns out, its creators are satisfied with the way they’ve been able to accomplish their goal of making something that combines action with a message. Sewani seems confident that Qutani will continue to instill its unique voice in all of its films.

“Every story has already been told, so what can you bring to them? A story that is a fresh perspective,” Sewani said. “That's kind of our mantra when it comes to creating content.”