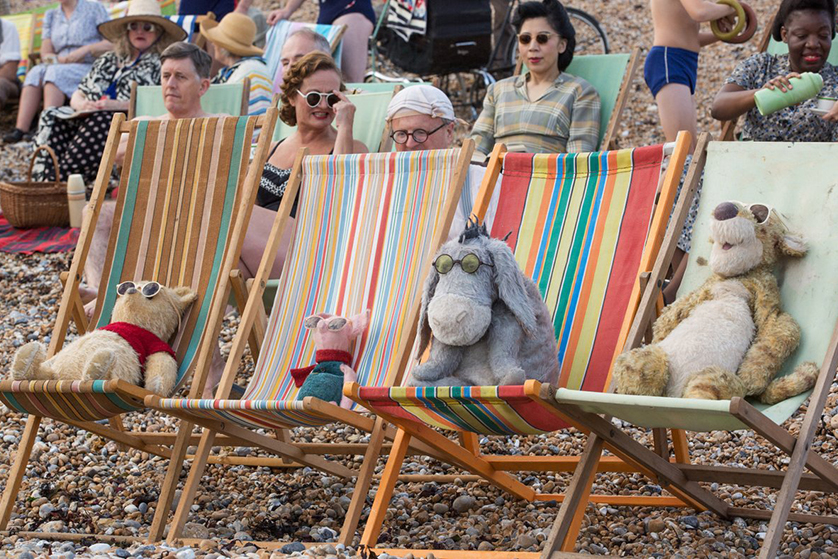 From the very start, “Christopher Robin,” sets itself apart from past stories of Winnie the Pooh and his pals by taking a more subdued, “Hook-like” approach to remind jaded adults what childlike wonder feels like.

The film, directed by Marc Forster, starts with a short prologue chronicling the growth of young Christopher Robin. With the inclusion of E.H. Shepard’s drawings along with live-action, we see Robin’s life go by like flipping the pages in a storybook. He says farewell to his friends in the Hundred Acre Wood, leaves boarding school, loses his father, starts a family, goes off to war and returns to London.

The prologue leaves us with older, no-nonsense Christopher Robin, played by Ewan McGregor, who works as the efficiency manager at Winslow Luggage. The job leaves him little to no time for his wife Evelyn (Hayley Atwell), who is unjustly underused with a plot that gives her little to do, and daughter Madeline (Bronte Carmichael). As Evelyn and Madeline leave to Sussex for the weekend, Christopher stays behind to work on cutting expenses for Winslow only to have his day turned upside down when Winnie the Pooh (Jim Cummings) comes to London looking for Christopher’s help in finding Pooh’s missing friends.

“Christopher Robin” plays on the familiar storyline of a work-obsessed adult losing their way making it feel a bit too predictable, teetering the film on a thin line between delightful and dull. In the first act, Forster takes his time delving us into dreary London and the uptight mindset of Christopher that causes “Christopher Robin” to drag a bit until the amusing introduction of the silly old bear himself, Winnie the Pooh.

Voiced by legendary voice actor, Jim Cummings, Winnie the Pooh lights up the screen with his encouraging ‘Poohisms’ and immediately becomes the emotional center of the movie. The incredible CGI work helps the magical realism of the film tremendously, with insane detail from muted, sundried coloring to the matted fur bringing Pooh, Eeyore (Brad Garrett), Piglet (Nick Mohammed) and Tigger (Cummings, again) to life.

That’s not to say Ewan McGregor does not hold his own. McGregor brings a dignified and yet still boyish charm to Christopher Robin. From being too absorbed with work to enjoy his wife and daughter dancing in the living room to fighting off heffalumps in the hundred acre woods, McGregor does a good job at showing the versatility of a Christopher Robin at odds with his sense of self. Together, Christopher Robin and Winnie the Pooh have the most heartfelt moments as Pooh reminds Christopher to rediscover what makes him happiest.

Those talks are often accompanied with the most gorgeous shots done by cinematographer Matthias Koenigswieser. Though, the more comedic and engaging bits of the film are seen with the juxtaposition of cheery Pooh, Eeyore (who has the best one-liners of the film), Piglet, and Tigger in dreary London, Koenigswieser uses the hundred acre woods as a beautiful backdrop for Robin and Pooh’s warm friendship – there’s a particular scene where Pooh walks with Robin stretching out his arm to brush against the grass that is equally gorgeous and totally emotional.