Gender gap in STEM persists despite increased representation of women 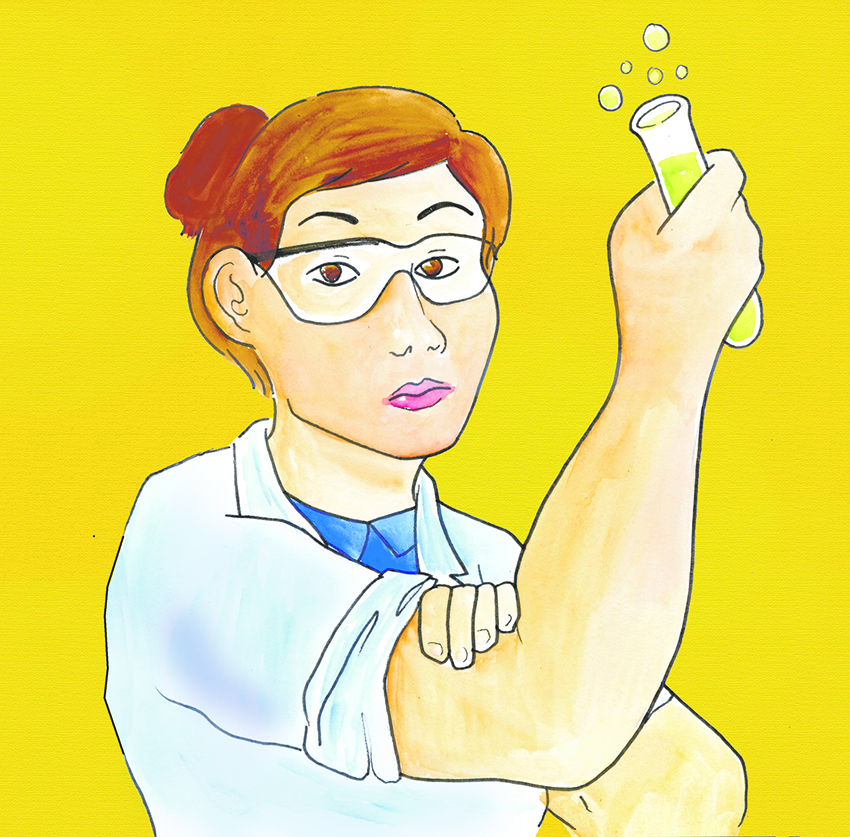 Last year, UT ranked in the top 10 of U.S. universities for scientific research by the Nature Index database. Along with this came a litany of reports, such as the Elsevier global research group’s 2017 report, which found that the proportion of female researchers is growing.

Yet challenges still remain for women in science, technology, math and engineering fields at UT, and they go beyond the numbers.

While STEM is disproportionately male overall, scientists know it’s important to break apart the data for a better understanding. Architectural engineering and biomedical engineering had equal rates of males and females graduate in 2017.

The experience of women in STEM is highly dependent on factors beyond representation, such as mentors and early exposure to science.

The role of female role models

Both students and faculty said that even if women are underrepresented, role models make all the difference.

“The historical underrepresentation of women in STEM is changing, and with more female role models, other women will be encouraged to join,” said Mary Fang, a neuroscience senior.

Electrical and computer engineering lecturer Nina Telang also stressed the importance of mentors, such as her early science teachers.

“Something that has really helped me is the advice from a former mentor: ‘Believe that you have earned your place,’” Telang said.

Although Fang is in a major with more female representation, she said she has still felt the impacts of male bias in science. For example, she felt intimidated by the disproportionate number of males in her high school computer science class.

“In my computer science class in high school, there were only five girls in a class of 30 students,” Fang said. “Even though I was one of the best coders, I did not feel comfortable going to contests. When I did go to contests, I noticed that the disparity was the same.”

Fang added that female mentors would have bettered that experience.

Any time is the right time

Christine Julien, electrical and computer engineering professor, received her bachelor’s degree in biology and said it’s impossible not to feel the disparity in her profession.

For Julien, she said she fights feelings of discomfort not being around other women.

“I go to a faculty meeting and often I’m the only female in the room,” Julien said. “(Colleagues) often aren’t looking at me for my research expertise, but (are) looking at me because I’m a woman. I wouldn’t say that it necessarily bothers me on a personal level. What troubles me is the reason it exists.”

Julien now runs a summer outreach program where she introduces middle school and high school students to engineering and STEM.

“Any time is the right time for women in STEM,” Julien said.

The future is female

UT organizations such as the Women In Engineering Program and Women in Natural Sciences aim to tackle the root causes of the disparity in STEM.

WEP director Tricia Berry said the organization spearheads engineering mentor problems and reaches out to girls in the K-12 space.

Desiree Parker, the organization’s student life assistant and recent biology graduate, said WINS’ goal is to foster a community for women in the natural sciences.

“I believe that the community I built within UT and WINS allowed me to be surrounded by people (who) are aware of the gender disparity that does exist,” Parker said. “The most powerful motivator is seeing people who look like you doing what you want to do.”

Seeing is believing for Hana Shin, cell and molecular biology senior, as well.

“Call me an optimist or maybe even a little naive, but I foresee very few problems in my future as a woman in science,” Shin said. “I don’t feel like whatever it is I want to contribute to the field of science isn’t impossible or unreachable. There will always be a faithful group of scientists ready to defend and advocate for what they truly believe in.”