How to get around Austin: public transportation near campus 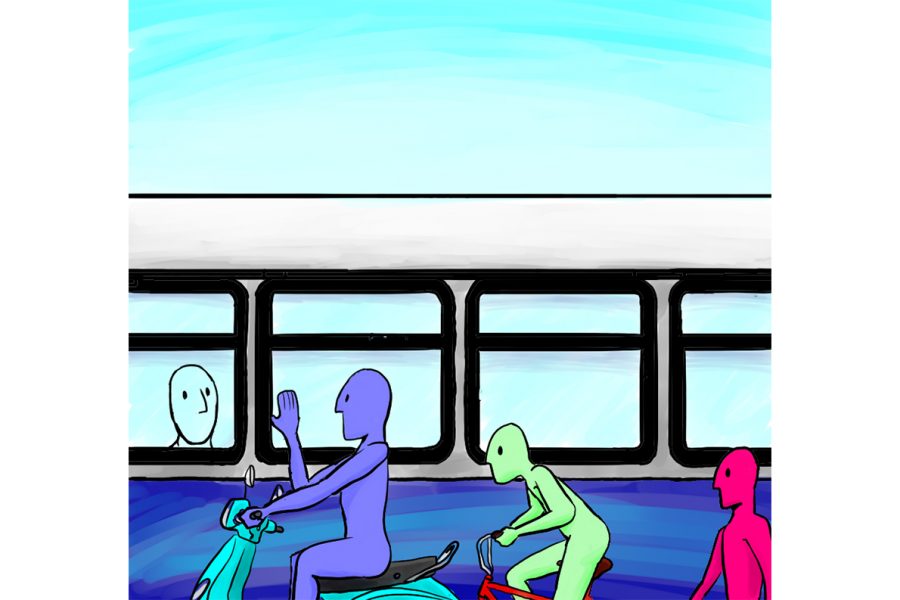 Mason Sheu found that he needed to call a Lyft home after venturing away from campus one day his freshman year. For those new to Austin, many may face the same issue as Sheu as they learn to navigate the different public transport options.

“I was wanting to go north, but I got on a bus headed south,” said Sheu, a supply chain management senior. “It dropped me off in this really sketchy part of South Austin, and the buses run so infrequently on some routes, it was faster to wait 20 minutes for a Lyft to come get me.”

Even for those who have used public transportation before, navigating Austin with its more than 70 bus routes can be complicated. Returning students might also have to learn a new way home, as Capital Metro has recently changed several bus routes.

On June 3, Cap Metro, which offers free transportation with a UT ID, altered more than half of its routes in an overhaul known as “Cap Remap.” The bus service changed, eliminated and implemented new routes to update the 33-year-old system, said Peter Partheymuller, communications specialist for Cap Metro.

“The biggest impact from (Cap Remap) is the increase in frequency to our bus routes,” Partheymuller said. “Instead of waiting half an hour to 45 minutes for the next bus to come, there are 14 routes that come every 15 minutes.”

Austin hosts other ways to get around without a car. The dockless scooters and bikes seen throughout Austin don’t require the vehicle to be returned to a specific area.

Dockless vehicle apps are a more expensive option for a direct trip, with scooters usually costing $1 to start and 15 cents per minute after.

Austin B-cycle plans to add 13 stations and 100 bicycles to its existing fleet of 500 in Central Austin in August, McFadden said, making the city more accessible to the nearly 12,000 students who have signed up for the pilot program as of July.

Sheu was not deterred by his unexpected trip to South Austin — he used Cap Metro about five times a week his sophomore year. His advice is to download the Cap Metro app and hop on the bus.

“A new user should also take routes they might need well ahead of time so they can get familiar with it and give themselves breathing room, in case they get on the wrong bus or something comes up while trying to get to the bus,” Sheu said.