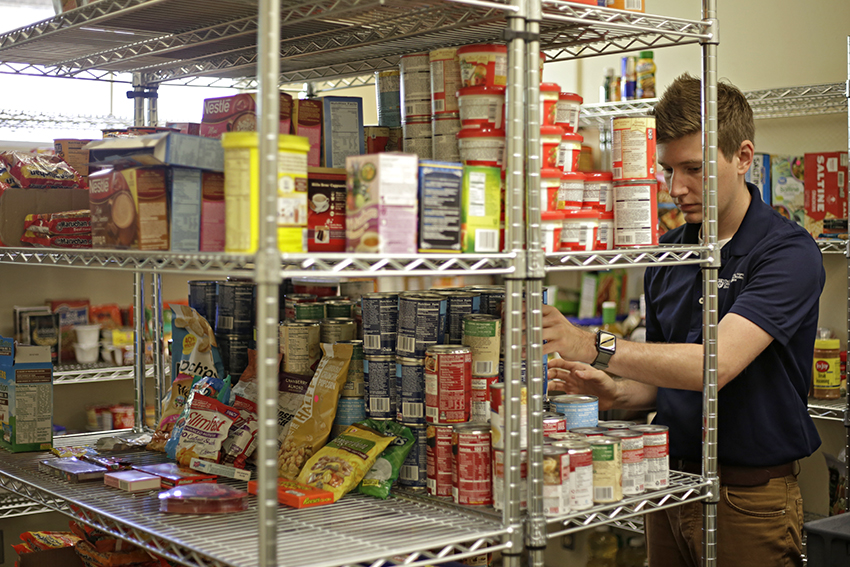 With about a quarter of UT students dealing with food insecurities, as reported by The Daily Texan in May, the University has multiple resources for students to fight the growing problem.

According to their website, Student Emergency Services recorded a 28 percent increase in the number of students helped with food-related needs, between 2015–16 and 2016–17.

Food insecurity can appear lots of different ways said Will Ross, coordinator of Student Emergency Services, including lack of funds, skipping a meal, or having to substitute healthy food with unhealthy food.

In 2012, about 100 food pantries existed on college campuses, said Brandon Matthews, associate director of The College and University Food Bank Alliance in a 2017 interview with USA Today. As of June 4, 2018, CUFBA has expanded to 641 members. UT is a recent addition to its ranks.

UT established its first food pantry, the UT Outpost, in May to fight food insecurity on campus.

“Since we are in our inaugural year of the UT Outpost, we are really trying to build our volunteer base and get our student leaders connected to this program,” Ross said. “A lot of our marketing says how to donate, utilize and get involved.”

“We want to show students that this is a common thing,” Ross said. “That it is OK and that there are resources. (This stigma often) becomes a barrier for students to get those resources.”

Biology sophomore Breanna Ellis considered using the Outpost after it opened in May, but said she “feels weird about using it” because she is worried other people have a greater need than she does.

“I’ll be living on my own (this fall), I’ll have to be budgeting more,” said Ellis, who is preparing to move from a dorm to an apartment this fall. “I’m obviously not going to rely on (the Outpost), but if I need it, then yeah, I’ll probably go. I mean, that’s what it’s there for.”

The Outpost is available to all students. However, because the pantry is donation-based, students are limited to one food package per month.

The Outpost is located in the UA9 building on University Avenue, and it is open Wednesdays from 10 a.m. to 2 p.m. and Thursdays from 2 to 6 p.m., according to the Outpost’s website.

Other resources exist for students battling with higher levels of food insecurity.

“If there is significant financial concern due to an emergency (the Student Emergency Fund) will help pay up to $300,” said Katy Soucy, director of Student Emergency Services. “That additional support can help so that food is not an issue for the student.”

Whether you are a freshman eating in University dining halls, an upperclassman shopping for groceries on your own or even a graduate student taking night classes, Ross said he wants students to remember “that life happens.”