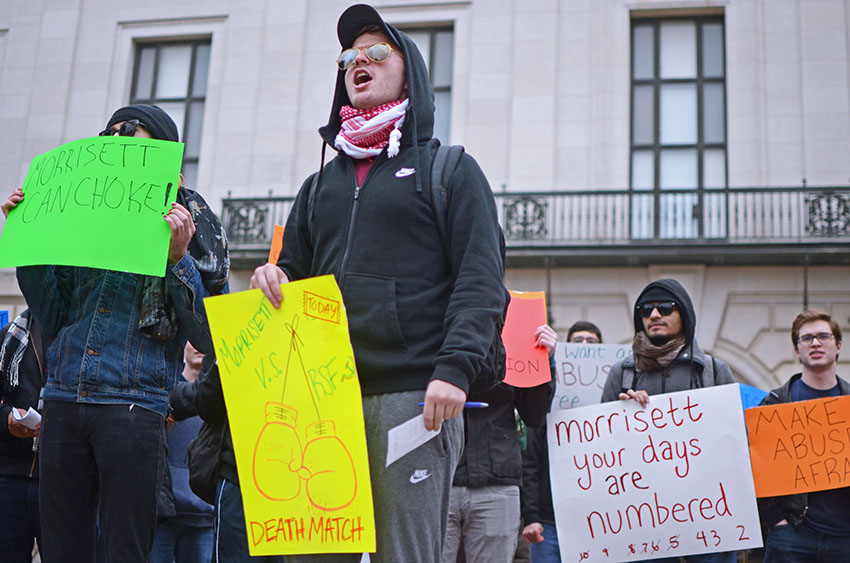 The Revolutionary Student Front, a non-registered anti-fascist organization, will no longer be active on UT’s campus, according to an article shared by RSF on Facebook.

According to the article, which was originally posted by communist group Red Guards Austin, RSF fell apart due to a lack of leadership training by former members and “ill-advised” involvement with other revolutionary programs, including ATX Resists. Red Guards Austin declined to comment.

“While there are still activists trained and developed by the high points in RSF’s struggles, the organization itself reached an all-time low, in terms of both membership and quality of work,” the article said. “This combination of factors spelled the end of RSF.”

RSF claimed responsibility in October 2016 for putting up anti-fascism flyers around campus reading “Good Night White Pride” and was investigated by UTPD in September 2017 for vandalizing a Young Conservatives of Texas sign, according to reports by The Daily Texan. A UTPD spokesperson declined to comment.

RSF organized multiple on-campus protests, including one in February 2018 against pharmacy professor Richard Morrisett, who remained on staff at UT after pleading guilty to domestic abuse charges, the Texan reported. RSF did not respond to multiple requests for comment.

RSF also organized protests in November 2016 after three of the organization’s allies were arrested for trying to remove a spray-painted Celtic cross from the walls of the Blanton Museum of Art, and in January 2018 after the election of President Donald Trump, according to the Texan’s reports.

“This group was not a registered student organization at The University of Texas at Austin and was not affiliated with the University,” UT spokesperson J.B. Bird said in a text. “The University’s policies and values stand firmly against threatening or pursuing violent conduct against others.”