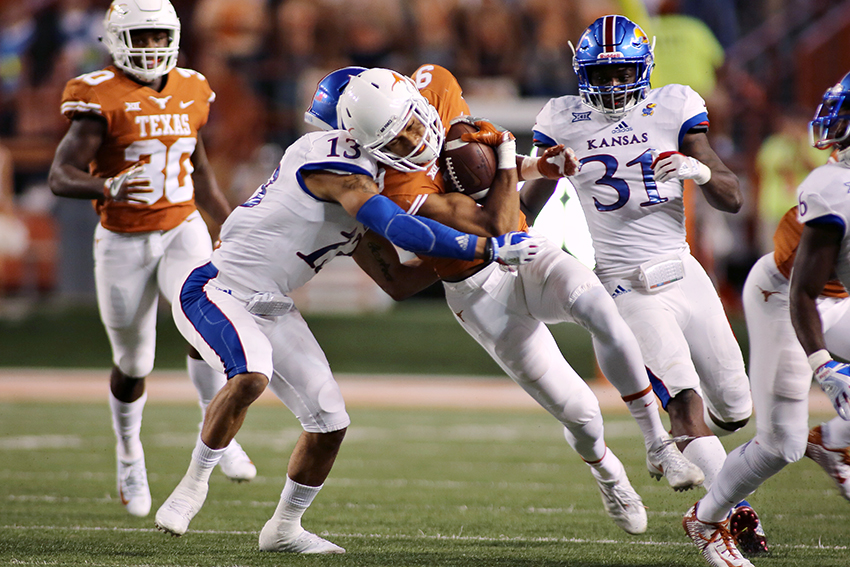 The return of Texas football is upon us, and the storylines are plentiful. Last year, Maryland came into Austin and stole a win. On Saturday, Texas will look to write a new narrative.

Here are your keys to the game for pulling off the win at Maryland:

Run the ball down the Terrapins throats

Last year, the Texas rush offense was mediocre at best, with no running back recording more than 375 yards on the season. In fact, the Longhorns’ leading rusher was not a running back at all. Then-freshman Sam Ehlinger led the team in rushing with 381 yards. Well don’t worry Texas fans, that will
likely change.

The team got an influx of talent in the form of graduate transfer Tre Watson, who was sidelined last season at California during week two. Joining Watson in the backfield this next season will be true freshman Keaontay Ingram, a four-star recruit that looks to complement Watson in addition to current Longhorns sophomores Daniel Young and Toneil Carter.

Getting the run game going will not only give the opposing defense something to worry about, but will also open up passing lanes for Ehlinger as the offense looks to improve in Tom Herman’s second year at the helm.

Avoid a major step back on defense

Despite giving up 51 points to Maryland in last year’s season opener, the defense recovered nicely, allowing only 348 yards a game and a little over 21 points per game. This effort was led by current NFL players Malik Jefferson, DeShon Elliott and Holton Hill, who now play for the Bengals, Ravens and
Vikings respectively.

The Longhorns ranked second in the Big 12 in total defense behind TCU, and in order to keep up that kind of play, players at every level of the unit will have to step up. True freshmen Caden Sterns, a five-star recruit, looks to replace Elliott’s production in the secondary, while senior Anthony Wheeler looks to take over in the second level of the defense.

If this team is to make the strides many experts believe this team is capable of making, there simply cannot be a regression on the defensive side of the ball.

Let Ehlinger do his thing

Last week, Tom Herman handed sophomore Sam Ehlinger the keys to the offense despite a few of last year’s performances leaving some fans weary. I am here to tell you, anxious Longhorn fans, not to fret.

Ehlinger made some freshman mistakes in games last year, such as an interception in the end zone against Oklahoma State in overtime, a fumble in overtime against No. 4 USC and so on. But he also kept Texas competitive in games against top opponents all season.

With a year of experience under his belt, Ehlinger’s ability to run and throwing talent have had an offseason to mature and grow. His running ability forces defenses to game plan a little extra for him, and pulls linebackers towards the line of scrimmage, opening up
passing lanes.