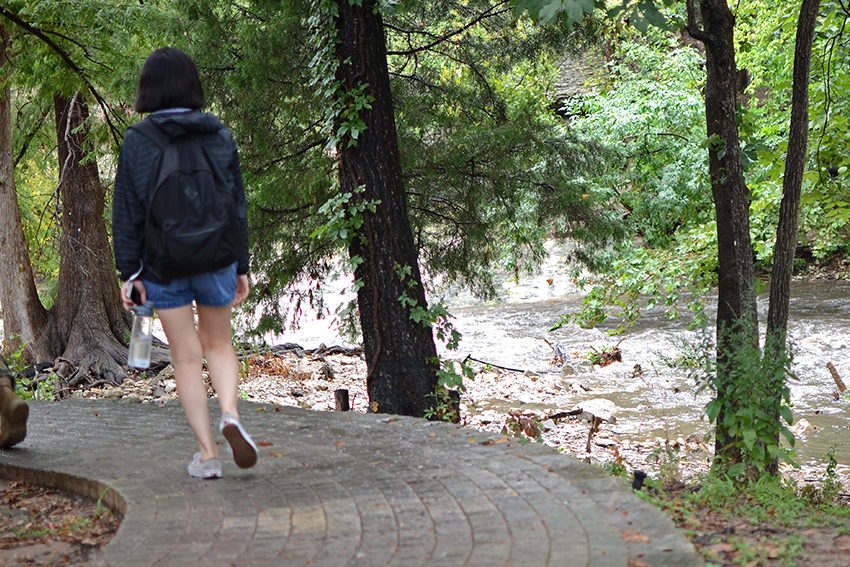 Austinites using Texas waterways as a cool escape from the burning heat might want to consider cleaner options.

During the tests, 60 percent of testing locations at Austin city creeks showed unsafe levels of fecal bacteria at least once last year.

“Austin has made great strides over the last 15 years or so with water quality in our creeks,” said Luke Metzger, the executive director of Environment Texas. “But the data shows there’s a lot more work to be done.”

According to the report, swimming in contaminated water comes with health risks such as gastrointestinal illness, respiratory disease, ear and eye infections and skin rashes.

Waller Creek, Walnut Creek and two Colorado River sites were all found to be unsafe on at least one occasion in 2017.

Waller Creek cuts right through the University, and environmental science classes often take students down to its banks to gain field experience.

“Anytime we worked in Waller Creek we would wear waders because they didn’t want us to come into contact with the water,” Simon said. “We didn’t have to do that in other places in Austin.”

According to the report, Waller Creek test sites intersecting 23rd Street and 24th Street — by the Etter-Harbin Alumni Center and across the Texas Memorial Museum, respectively — were unsafe every time they were tested.

Environmental scientist Todd Jackson works for Austin’s Watershed Protection Department and said contaminated waterways have been a longtime problem. Jackson said the city does not rigorously maintain every single waterway.

“We’re aware of and currently are trying our best to track down those problems,” Jackson said. “It takes time.”

However, the watershed department’s biggest concern is aging and outdated infrastructure, Jackson said. Older pipes, made of clay and slowly leaking from small cracks, are especially worrying because the city cannot fix them if they belong to private or commercial residents.

Metzger said Austin does robust water testing, more than other cities in the state. The report showed popular waterways such as Barton Creek and Lady Bird Lake did not have unsafe bacteria levels, something Metzger credits to the concerted efforts of the city and citizens to keep them clean.

But he also said 2018 numbers likely won’t be different.

“Most likely we’re going to see similar levels when we do this analysis for next year,” Metzger said. “It’s an ongoing problem.”

Simon said she’d heard professors say students in the past could swim or even hang out in Waller Creek.

“Considering it’s so close to home, this is a great place that we should be able to just hang out in and enjoy, but unfortunately, because of our own university, the quality of Waller Creek is just continuing to decline,” Simon said. “There’s a lot of room for improvement.”