The largest, oldest environmentalism group on campus is opening up membership to promote inclusion 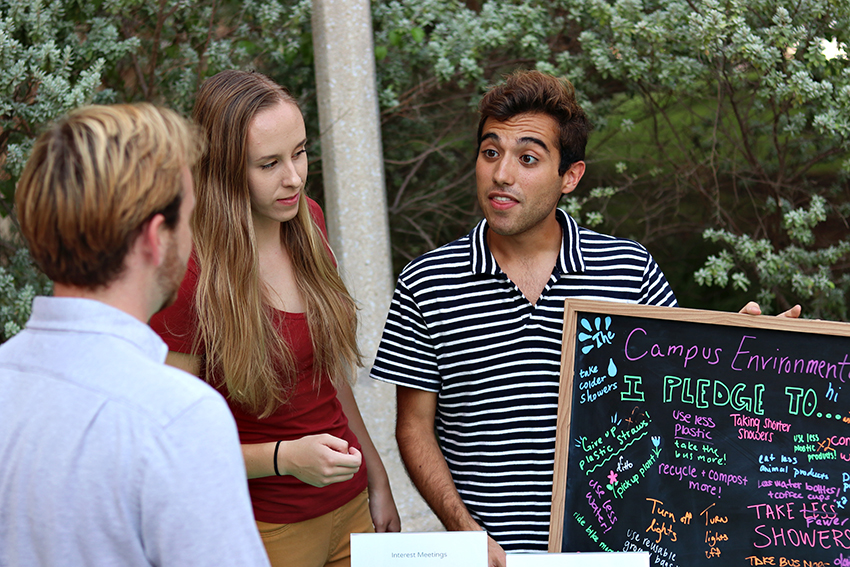 The Campus Environmental Center, the largest and oldest campus student organization dedicated to environmentalism, has adopted an open membership policy to combat the stigma that environmentalism is for privileged individuals.

This open membership policy eliminates the $15 membership dues and active participation requirements. Regular meetings have been replaced with public events, where people outside the organization can come and listen to speaker presentations on environmentalist topics, such as zero-waste living or rainforests.

“We see that it’s not diverse in real life,” CEC co-director Katherine Trujillo said. “The sustainability community caters to a certain type of person who is a certain type of (economic) level, and we want to start changing that at this level of students, and hopefully we can see this change across the real world.”

Brianna Duran, the Office for Sustainability program coordinator and the CEC’s staff adviser, said in her 10 years working in environmentalist circles, she’s noticed a lack of diversity socioeconomically and racially in the green movement. Duran said affluent people typically have more time on their hands than disadvantaged people.

“Historically, it has been largely white and affluent people,” Duran said. “It doesn’t seem to be an overly diverse field of work or study, and often minority or disadvantaged populations are the most affected by environmental problems, so we really need everybody to be a part of the conversation. This is a good opportunity to try to invite more people to be a part of that conversation.”

“We definitely just felt like (active membership requirements) excluded a lot of people,” sustainability studies junior Trujillo said. “It also almost made people feel like if their efforts weren’t up to a certain standard that they didn’t count, and we didn’t want that anymore. We wanted to make sure that we push that sustainability and environmentalism should be and could be open to everyone.”

Trujillo and her co-director, advertising junior Anthony Rivera, said they never had difficulty recruiting people of diverse backgrounds into the CEC, but found that when students were confronted with dues and membership requirements, recruits tended to disappear.

“(As for) recruiting people and having people interested, we’ve gotten a variety over multiple different sectors,” Trujillo said. “It’s the people that are able to stay with us or feel more welcome here might be not as diverse just because a good amount of people, depending on major and socioeconomic status, can commit differently than other people.”

“When you have to put in so much time to even stay in the org, it just feels like the purpose gets kind of lost,” Murali said. “You’re just working towards trying to fulfill those requirements, and sometimes you forget what you’re doing it for. With an open membership, I can go when I want to and take part in whatever I want. It’s just very relaxed.”