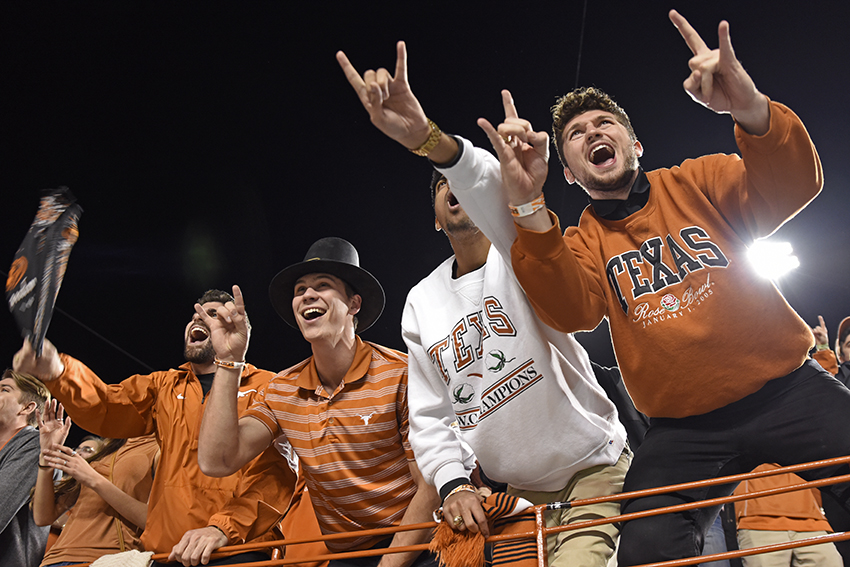 While there are new additions coming to UT football tailgates, the atmosphere in the stadium will also be different for Big Ticket holders.

“Prior to this year, students had to arrange group ticketing to ensure seats together, but now they have the opportunity to enter the stadium and sit together,” Folan said. “And, the students that get here early will get the best seats.”

All students will enter through gate 32 in the southeast corner of the stadium and can sit in any seats in sections 29–32, Folan said.

“This was something students have been requesting and we are pleased to be implementing,” Folan said. “For those students who have joined the Longhorn Foundation with a student membership, they will have the opportunity to enter through the express lane entrance at Gate 31.”

Folan said with the old policy, there were issues with students using counterfeit tickets to sit in different sections.

“Scanning paper is a slower process for student entry,” Folan said. “So our new general admission format will be a more efficient process and also provides the flexibility to accommodate groups that are hoping to find seats together.”

“There were a lot of empty seats (last season) that wouldn’t be filled, so then my friends and I would try and go fill them,” Clouse said. “People would show up in the third quarter and try and kick us out and that felt kind of wrong.”

Health promotion junior Mikkie Chin said she and her friends are not happy with the new ticket policy, as it does not include the priority seating for upperclassmen that it did previously.

“That was definitely just a perk of being an upperclassman,” Chin said. “I know a lot of my friends would be really happy about being able to sit by the 50 yard line, and that was a really big thing for them, but now that’s sort of taken away from them.”