Texas prepares to bounce back against Tulsa 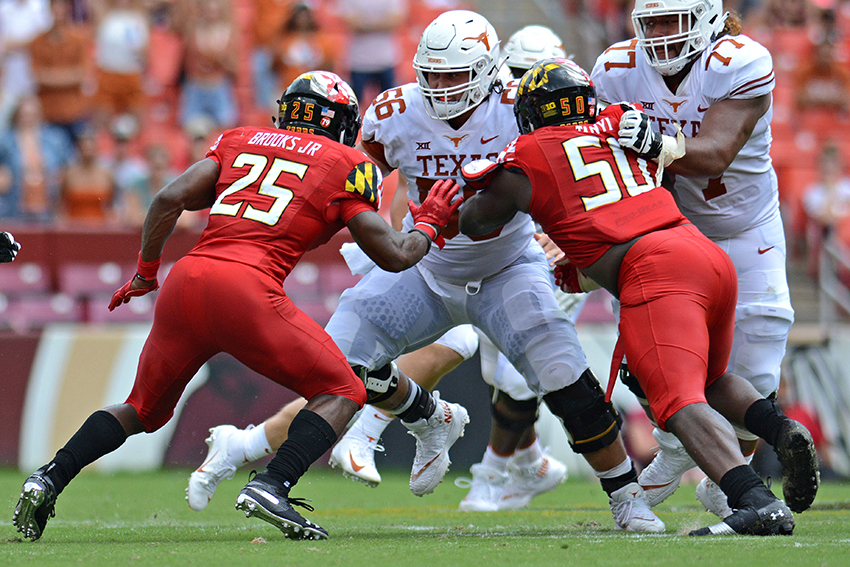 Things may not have gone as planned in Week One for Texas, but fortunately for them, there’s 11 more opportunities this season to prove to fans that the program can move back to its winning ways.

This Saturday, the Longhorns will face the Tulsa Golden Hurricane at Darrell K Royal-Texas Memorial Stadium with a chance to redeem themselves in front of their home crowd.

Tulsa has yielded largely inconsistent teams over the last few seasons, but earned a better start to the season than the Longhorns did, following a 38–27 victory over Central Arkansas last weekend. Nevertheless, Texas head coach Tom Herman isn’t taking this week’s matchup lightly.

“That offense is always challenging,” Herman said after practice Thursday. “I think what gets lost sometimes in some of their numbers is, at the end of the day, they do what they do and run the football. They’ve got two 100-yard rushers from last week’s game.”

Defensive coordinator Todd Orlando’s squad sputtered during the first quarter against Maryland but finished strong in the final six minutes of play, setting up the offense for not one, not two, but three opportunities to claim the lead late in the game.

Despite Tulsa being the Longhorns’ only non-Power Five opponent this season, the Golden Hurricane offense can’t be taken lightly. Their two featured running backs, sophomores Shamari Brooks and Corey Taylor II combined for 239 yards and two touchdowns in the ground game last week.

This is hardly an off week for Texas and senior defensive tackle Chris Nelson is excited for the task at hand this Saturday.

“Our D-line is ready for it,” Nelson said. “At the end of the day, we like teams to run the ball and we’re ready to stop them. We’re going to watch film and see what they do, and we’re going to get after it.”

While the defensive line may be prepared for the challenge, the offensive line is facing some unexpected circumstances after sophomore left guard Patrick Hudson was transported to the emergency room Wednesday after experiencing full body cramps, according to Herman.

Hudson’s body temperature was unable to be brought down to normal levels, forcing him to be admitted to the intensive care unit. He was later released but will not play Saturday as a precautionary measure.

In addition to Hudson’s absence, junior center Zach Shackelford will also be sidelined after suffering a sprained foot on Tuesday.

Texas’ personnel adjustments could potentially lead to another slow start for the offense — something offensive coordinator Tim Beck is hoping to avoid repeating for the second straight week.

The mistakes have been thoroughly discussed this week by players, coaches, fans and media members alike, but graduate transfer running back Tre Watson said the key to getting back on track will be the amount of support they give each other, on and off the field.

“As a team, we have to have everybody’s back,” Watson said. “We know that we could’ve played better in all aspects of the game so we can’t point fingers at anybody, and everybody just has to go out this week and attack practice and focus on Tulsa.”