‘We have to lead by example’: City of Austin to encourage plastic bag ban despite Texas court ruling 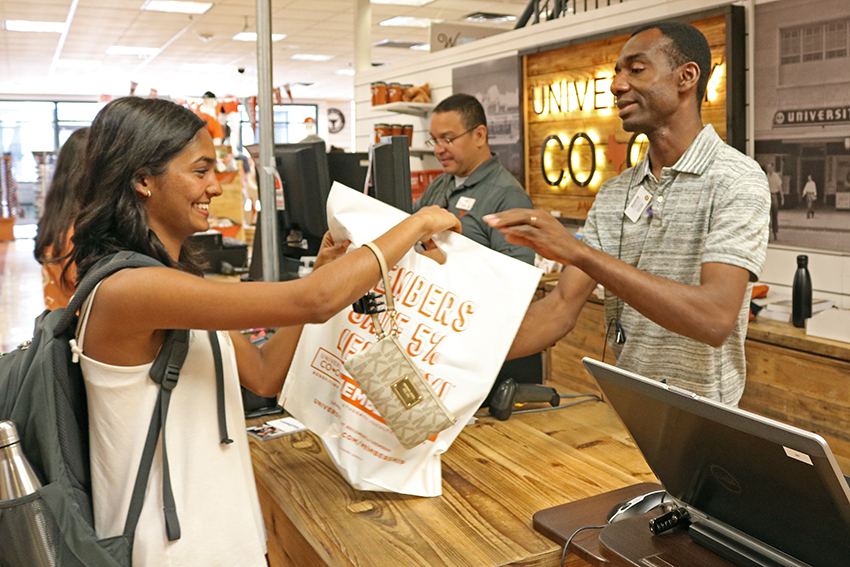 Libby Griswold goes grocery shopping frequently, as many students without a meal plan do. But when Griswold shops, she takes care to do one particular thing.

“I never use plastic bags,” environmental science senior Griswold said. “If I happen to forget to bring (my reusable bags) in the store, I’ll be stubborn, and I’ll just put everything in the cart and take it to my car and unload everything item-by-item into my car.”

Last week, the Austin City Council passed a resolution asking retailers to uphold the city’s single-use bag ordinance, after the state Supreme Court ruled Texas cities could not enforce a ban on plastic bags in June.

While stores cannot be forced to ban plastic bags, Austin officials hope this resolution will help persuade retailers to stay committed to the city’s zero-waste goals, one of which aims to divert 75 percent of waste from landfills and incinerators by 2020.

“The majority of people are ready and willing to take action to help protect our environment and keep our cities beautiful,” Brown said in an email. “Thankfully, most retailers have been very cooperative and embraced the ordinance when it went into effect, and we hope they continue voluntary compliance.”

The city has not announced any specific methods they will use to encourage retailers to continue to follow the ordinance.

Jay Banner, director of the University’s Environmental Institute, said he was not shocked by the Supreme Court’s ruling this past summer.

“It’s always disappointing when a decision is made that isn’t in the best interest of having the world that we live in as sustainable as possible,” Banner said. “You can say, ‘This is a really small thing.’ Well no, not really. Everything we do toward this end counts … there’s no one single magic silver bullet that’s going to solve all of our problems.”

Plastic bags in the city have multiple fates. Banner said bags end up in landfills, on streets and sidewalks and even in waterways, where they can be fatal for marine life. They do not decompose and have a long lifetime in the environment, Banner said.

It can be easy to feel powerless as one individual among 7.5 billion people, but if everyone had that attitude, nothing would change, Banner said.

Griswold said now that retailers are not policed by an ordinance, she worries they will give into demands for convenience from customers. For that reason, she said, there needs to be a cultural shift to prioritize environmentalism over ease.

“It’s just such an easy thing to change in your lifestyle,” Griswold said. “We just have to lead by example.”