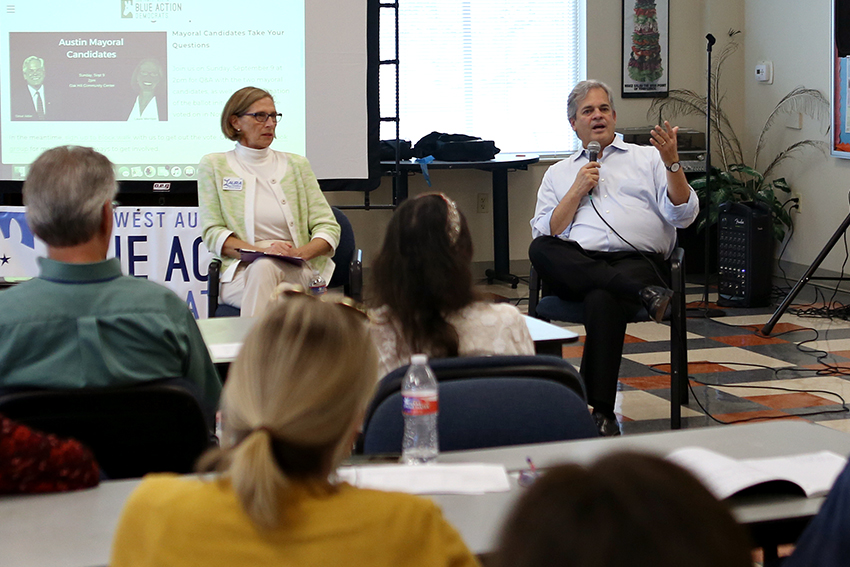 Although Morrison and Adler are both Democrats, the forum made apparent the points of disagreement between the two candidates, but one thing both candidates agree on is the need for more affordable student housing.

Morrison pointed to West Campus as a model for future developments while stressing that future housing should be more affordable than West Campus currently is.

“West Campus is a model where the community at the local level came together and said, ‘Let’s go ahead and develop here and protect the character of the existing neighborhoods,’” Morrison told The Daily Texan. “But at the same time we need to do that with strong affordability requirements, because I’m concerned that West Campus is not affordable enough for students.”

“I think that one of the things that will be a big benefit to students is if we finally get some real high capacity transit in this town,” Morrison said. “Because Austin can’t be a big city without finding a way for people to get around. And when you think about 20 years from now, if we don’t have high capacity transit, it’s curtains for this town.”

Carrie Collier-Brown, president of Blue Action Democrats, said events like Sunday’s forum, and city elections in general, are important for students to pay attention to.

“I think there’s going to be a lot more students that vote this year because they’re paying attention to Beto or some of the higher profile races,” Collier-Brown said. “My message would be that the city council races and the city bonds, those probably affect your daily life more than any of those other races.”