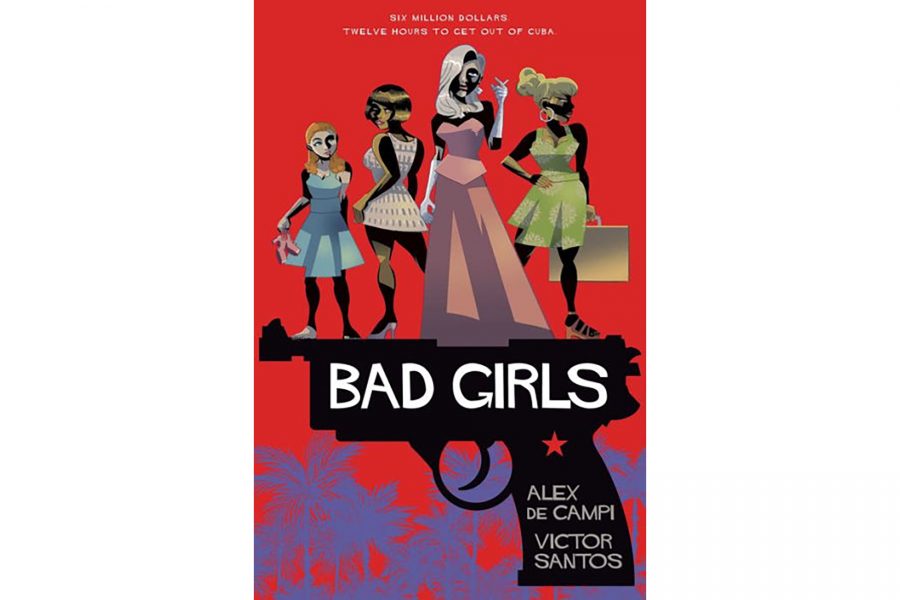 In an academic world where textbooks paint a gray picture of history, it’s only once in a while that a book finally comes along to add a colorful, action-filled spin to one of the most pivotal moments of the 20th century.

“Bad Girls” is a jazz-filled romp through the 1950s Cuban bar, El Edén. Author Alex de Campi and illustrator Victor Santos created a beautiful and suspenseful heist story, complete with a cast of all-female protagonists in an unconventional format: a graphic novel.

Set in a very pivotal moment of history not discussed enough in American literature, the Cuban Revolution, the story follows Carole Chandler, a rich gangster’s wife. She, a jazz singer named Taffy and a mysterious woman named Ana attempt to steal $6 million from a group of bar-owning mobsters. While the book is more about the characters and their plight than the revolution, it’s nice to see a book set in this interesting and oft-overlooked moment of history.

The graphic novel is very fast-paced, which benefits some plot lines while derailing others. Because the entire novel takes place in one night, the authors don’t feel the need to dwell on unnecessary characterization. As a reader, it can be difficult to drop into the middle of a story while barely knowing the characters, but the sexual and physical abuse the women are subjected to are enough justification for their escape.

One character in particular, Kitty, seems to exist solely for a symbolic snapshot at the end of the novel. Her contributions are unremarkable and removed from the main action of the story. Despite her grand appearance on the book jacket, she only briefly interacts with any of the other main characters and spends the majority of the book as an accessory. It is doubtful whether she is aware of the theft at all.

While the rapid action sequences give readers little time to develop an attachment to the characters, the novel’s vibrant illustrations add to its charm. Artist Victor Santos created a lovely 1950s aesthetic for the book. Bathed in darkness – even on the glamorous set of the casino’s dance stage – the scenes are almost as noir as the story while maintaining a full color palette.

Santos alternates between explosions of color during dramatic action scenes and dark shadows to highlight the seedy criminal element. Santos’ use of darkness is clever, making the deplorable actions of the gangsters literally, as well as figuratively, hard to see. This use of shadow is contrasted with the vibrant club scenes filled with tropical reds and greens, which makes the parties leap off the page.

Commendably, de Campi resists the temptation to outright declare the Cuban Revolution as good or evil. In one of the more powerful images of the book, a group of locals storm the bar, loot it and eventually burn it down. de Campi skillfully uses the bar as a representation of the injustices revolutionaries were fighting to end. At the same time, the group that breaks into the bar is also violent, taking jewelry off of women and stealing liquor from the bar. Instead of preaching, de Campi writes a realistic end to the bar that includes all of its moral ambiguity.

Complete with a noir storyline, a snapshot of the Cuban Revolution and dynamic illustrations, “Bad Girls” delivers a gritty take on crime and an interesting take on womanhood. If you like heist movies or stories with strong female leads, read “Bad Girls” by Alex de Campi and Victor Santos.