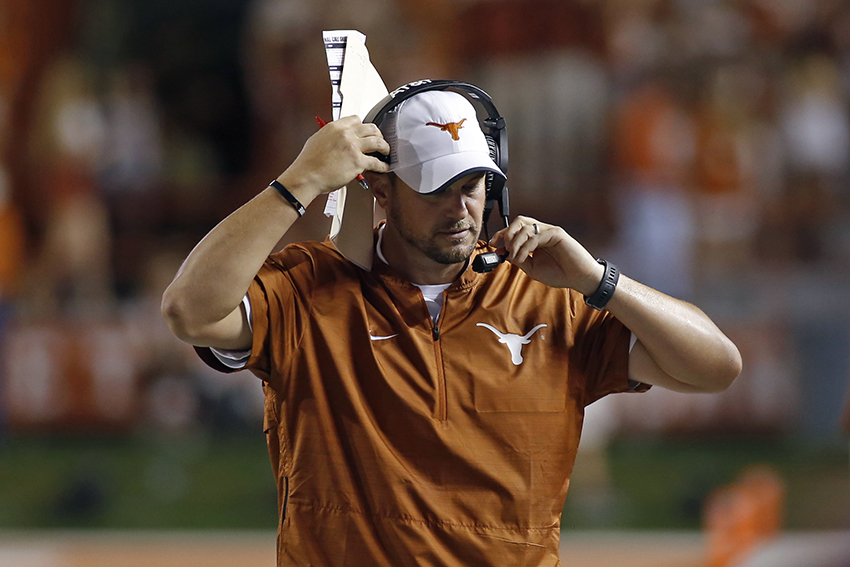 Texas is now 1–1 on the season after an underwhelming performance against Maryland and a win over Tulsa that, at times, was too close for many fans to be joyful about.

But when Texas head coach Tom Herman was asked about how close his team was to playing at a very high level, his confidence didn’t waver.

“I’ve been part of programs where you’re playing certain folks on certain weeks and you got to hope they screw it up,” Herman said during a press conference on Monday. “And that’s not us. I tell them all the time, our best is good enough. Our best is, our very best is good enough week-in and week-out. So I think, I do believe that and I think our players believe that.”

Looking ahead, Texas might just need their very best. This Saturday’s matchup against No. 22 USC is the most anticipated home game of the season. After last year’s overtime loss in Los Angeles, the Longhorns know the implications the rematch holds.

Though Texas didn’t look all that impressive in their 28–21 victory last Saturday, Herman insisted that the team the fans will see this weekend is on an uphill trend in terms of improvement.

Herman affirmed that the sluggish finish versus Tulsa was a result of being too serious with his athletes at haltime, as he said happened after the Maryland loss.

“We have got to manage the feeling of wanting to be perfect for your teammate and wanting to make every play,” Herman said. “The good thing is the motivation comes from a selflessness and not a selfishness and I think that’s critical because you’ve just got to teach them over and over again that it’s a game.”

Herman also provided injury updates to some key players returning this week. Freshman linebacker Ayodele Adeoye will likely make his Texas debut this weekend on the account that he will return to practice Tuesday. Junior safety Brandon Jones will also practice some this week with his status for gameday remaining uncertain. Senior cornerback Davante Davis should also return to help the Longhorn defense this week after sitting out last week.

Sophomore guard Patrick Hudson, who left practice last Wednesday and was admitted to the hospital following heat exhaustion and full-body cramps, remains in the hospital, but had an IV taken out. His levels are trending back to normal, according to Herman.

As for the bad news on the injury front, freshman running back Keaontay Ingram is “doubtful” to play against USC after suffering a strained MCL and a bone bruise, but a negative MRI signals that he should return to the field soon.