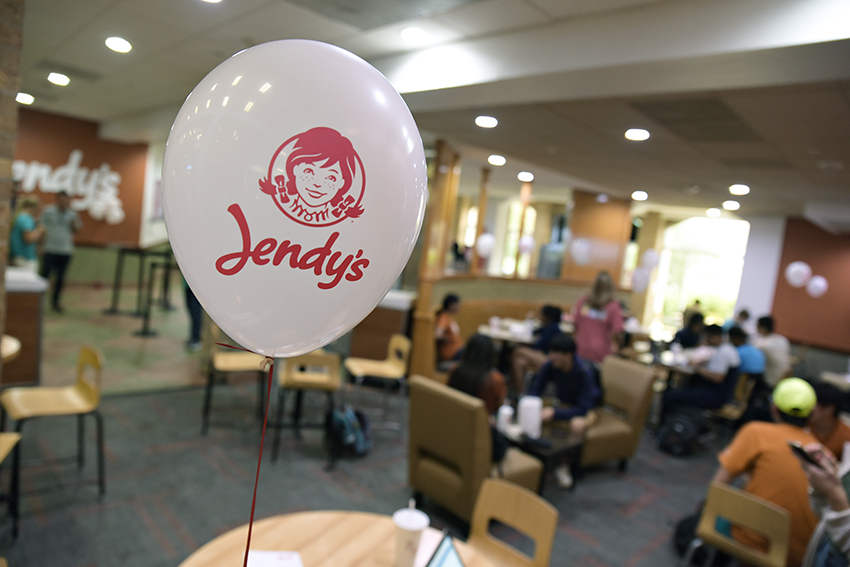 It’s not just a nickname anymore. The Wendy’s located inside of Jester Hall has been officially renamed to “Jendy’s.”

Chris Corley, an executive creative director for VML, which runs advertising for Wendy’s, said they noticed that the recent closure of the Wendy’s in The Texas Union Building bothered a lot of UT students, so they decided to opt for the name change to show students that they are listening.

“Students had a little bit of outrage about the closing of the last Wendy’s, but they kept referring to this one in Jester as Jendy’s,” Corley said. “We thought it would be great if we could just come here and rebrand the whole thing as Jendy’s to prove that we get the students.”

Jendy’s representatives will be handing out free burgers to students around campus today. Tomorrow from 10 p.m. to midnight, there will be more free food available after the football game at Jendy’s.

Electrical engineering sophomore Andrew Brown said he heard from his friends about Jendy’s and came all the way across campus to see it with his own eyes.

#mc_embed_signup{background:#fff; clear:left; font:14px Helvetica,Arial,sans-serif; width:700px;}
/* Add your own MailChimp form style overrides in your site stylesheet or in this style block.
We recommend moving this block and the preceding CSS link to the HEAD of your HTML file. */