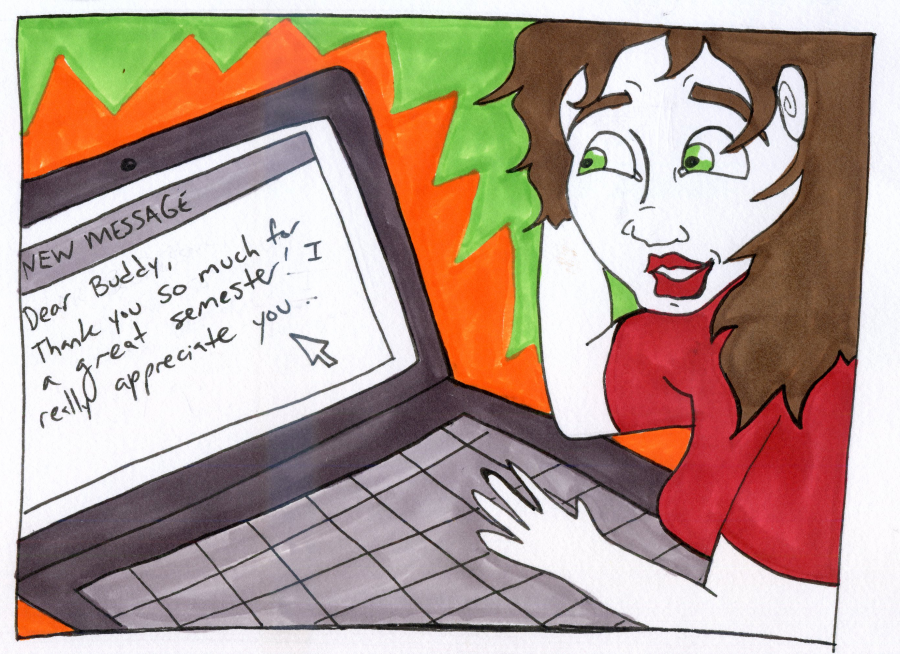 Writing thank you letters are considered optional, but UT researchers say it’s important for the happiness of everyone involved. Research from marketing assistant professor Amit Kumar revealed that people often underestimate the value of expressing gratitude, preventing both the expressers and recipients from maximizing their well-being.

The study, conducted by Kumar and a team of researchers from the University of Chicago, was published June in Psychological Science.

“There’s certainly a lot of research conducted already that demonstrates that when you write a gratitude letter, your well-being is improved,” Kumar said. “What we are thinking about is why people don’t do that as often. We looked at some of the barriers standing in the way of expressing gratitude frequently in daily life.”

According to the study, participants were asked to write letters of gratitude to someone who had contributed to their life in a meaningful way. These gratitude notes fall under the category of prosocial actions, or behaviors like gratitude, that benefit another person, the study said.

“The expressers were inordinately concerned with how they were writing the letters — focusing on how articulate they were,” Kumar said. “But the recipients seemed to care more about warmth, sincerity and prosocial intent. The recipients were just happy to get the letters.”

Kumar said these presumed expectations can predict how likely it is a person would express gratitude. In other words, when a sender underestimates how positive a recipient would feel, they are less likely to write a gratitude letter.

“If you think you’re not going to make a big impact, you’re less likely to do something,” Kumar said. “But it turns out, these types of prosocial actions tend to be more impactful than we expect.”

For biology junior Sydney Pham, writing notes of gratitude is something she has done almost all her life. She said she still experiences the obstacles noted by Kumar when writing these gratitude notes.

“Usually, if it’s friends or family, I’m not too concerned,” Pham said. “But if I’m writing a letter to a professor who I’m not on that level of familiarity with, I obsess and worry over my word choice and grammar.”

Instead of focusing on the semantics, Kumar said, writers should just try their best to express their sincerity and gratitude. Pham said she agrees that understanding the impact of these letters helps her overcome her worries.

“When someone has taken their time out of their lives to help me, the least I can do is to show my appreciation by spending some time out of my life to write a thank you note,” Pham said. “For me, I think it’s even worse to not write a thank-you letter and not show your gratitude to them.”

While the particular study was centered around the expression of gratitude, Kumar said he and his team believe the results are broadly true of prosocial acts in general.

“These seemingly small actions can make a difference in how people feel and how they treat other people,” Kumar said. “If we knew how much better we can make somebody feel, we’d be more likely to engage in prosocial actions.”