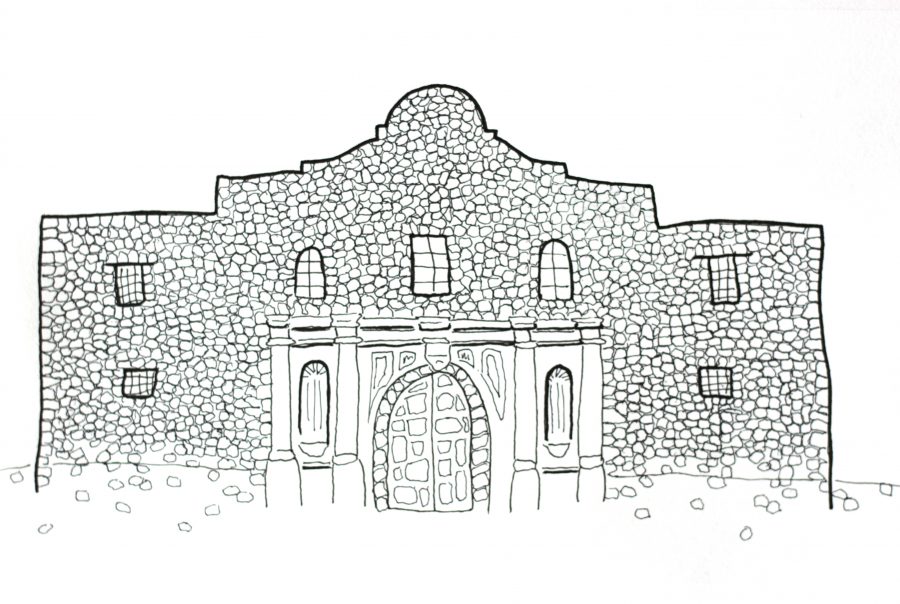 As a young student, I remember feeling disconnected from the history being taught to me. This was especially the case in Texas history, where I repeatedly learned about the successes of white Americans against Mexicans in capturing Texas land. I remember learning about the Battle of the Alamo and asking myself, “What about the Mexicans? Why are they being villainized?” I didn’t understand what was so wrong with my people fighting to protect land that was theirs first. We weren’t taught to have empathy for or to respect the Mexican lives lost, only the American ones. This was just one of many situations in school that taught me the ways in which Texas education blatantly disregards the lives and achievements of anyone who doesn’t fit their narrative.

Watching a discussion over the presentation of the Alamo and its contenders admittedly made me happy and even a bit hopeful. Finally, I thought, a generation of Mexican-American students might have a voice. In an ideal world, this voice would lead to a change where Texas history classes would fairly discuss the role of Mexicans, specifically during the Battle of the Alamo. Of course, we do not live in this ideal world. The discussion of the Alamo did not culminate in a fair discussion. It only sustains the idea that American forces were “heroic.”

There is not an easy way for these students to learn about the Mexican side of the Alamo story (or most of the history of Texas’ independence) unless they look for the information themselves. Most Latinx students hold a strong feeling of solidarity with their people. Sentiments that we grew up with, such as “¡viva la raza!” prove this. Mexicans being villainized in Texas history is nothing new to us, but upsetting nonetheless. Learning about the American soldiers who died during this battle and honoring them was, and still is, unacceptable for me. Texas History did not teach us enough about the Mexican lives lost. It portrayed the Mexican loss of life as a success for the Americans, and perpetuated a lack of empathy for Mexicans that is most certainly still present today, as seen in any political situation between America and Mexico.

The state board’s decision on the inclusion of one word, “heroic,” has major repercussions for marginalized communities living in Texas, not just Mexicans. It only further proves that our history books and classes have a biased point of view in favor of mostly white Americans. It makes it so that there are definitive “good” and “bad” sides of the battle. If that textbook means the Americans were “heroic” at the Alamo, it implies that the Mexicans were villainous.

Stephens is an English sophomore.