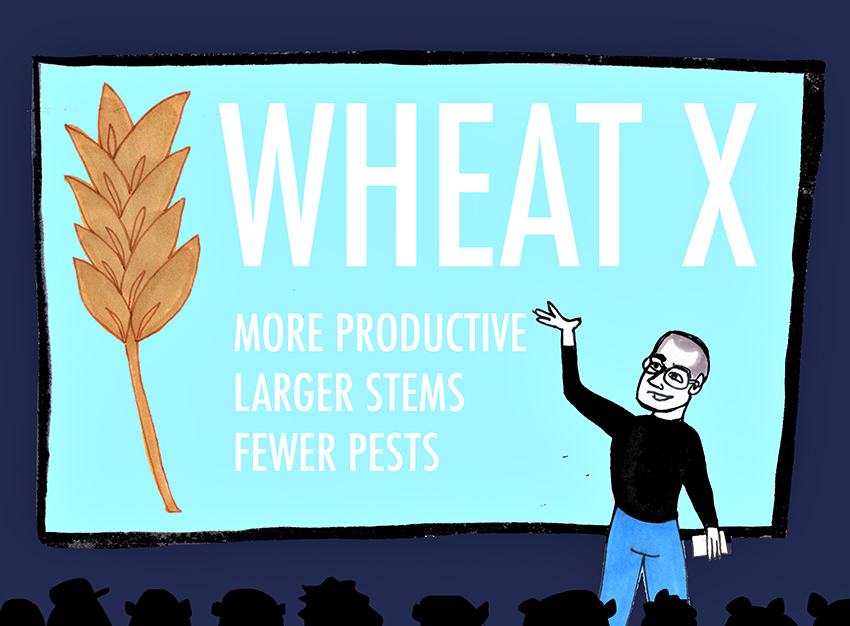 Kate Weaver, associate professor at the LBJ School of Public Affairs, said food security is a complex and interdisciplinary problem.

“For the last several years, the causes and consequences of global food insecurity have been at the heart of research here at UT,” Weaver said. “We’ve sought to disentangle the complex relationship between global hunger and malnutrition, climate change and food insecurity and the fragility of states and borders.”

McRaven said the impact of climate change and food insecurity may seem insignificant, but can actually lead to other security issues.

“Climate change has been changing so slightly that when you look at a conflict, you don’t necessarily think about how it was affected by climate change … you see famine and food shortages,” McRaven said.

According to the American Security Project, areas with economic dependence on agriculture are more susceptible to violent conflicts when climate change affects food and water supply. Chris Tomlinson, the moderator of the talk and a columnist for the Houston Chronicle, said these areas include Yemen and Afghanistan.

Tomlinson says culture also plays a role in food security. He said 88 percent of countries face a serious burden of either two or three forms of malnutrition, which he defined as a lack of essential vitamins, and obesity caused by an imbalanced diet.

“People are both malnourished and obese because of the high-salt, high-fat and high-sugar content in their food culture,” Tomlinson said.

Still, despite these issues, Tomlinson said that the farmers in these regions often forgo growing key crops to grow more profitable plants, like those used for recreational purposes.

“Yemen has a water shortage that’s unparalleled in the world,” Tomlinson said. “Part of that is because they plant khat — narcotics that absorbs a lot of water — because it is more profitable.”

Panelists said plants like khat typically absorb more water than traditional crops like cauliflower, which exacerbates the water shortage and is at the heart of the international security problem around food insecurity.

“97 percent of the earth’s water is salty, 2 percent is stuck within ice and only 1 percent humans can drink,” McRaven said. “The water helps to sustain the terrain and food security, and it’s important to understand all of these impacts.”

McRaven said the U.S. should invest in sustainable projects that can help to stabilize these areas, particularly since problems such as food insecurity and water shortage often are intensified by erratic factors such as climate change.

“If things don’t change, a lot of the areas that we’re currently discussing will dry up so much that it will be impossible to produce agriculture,” McCaul said.

McRaven said preparing for water shortages will alleviate future tensions in the area.

“We’ve come to recognize that the flow of water can immediately cause conflict, and we need to prepare for areas that are more likely to become arid, where the sea is encroaching on islands, and recognize that that is an issue,” McRaven said.