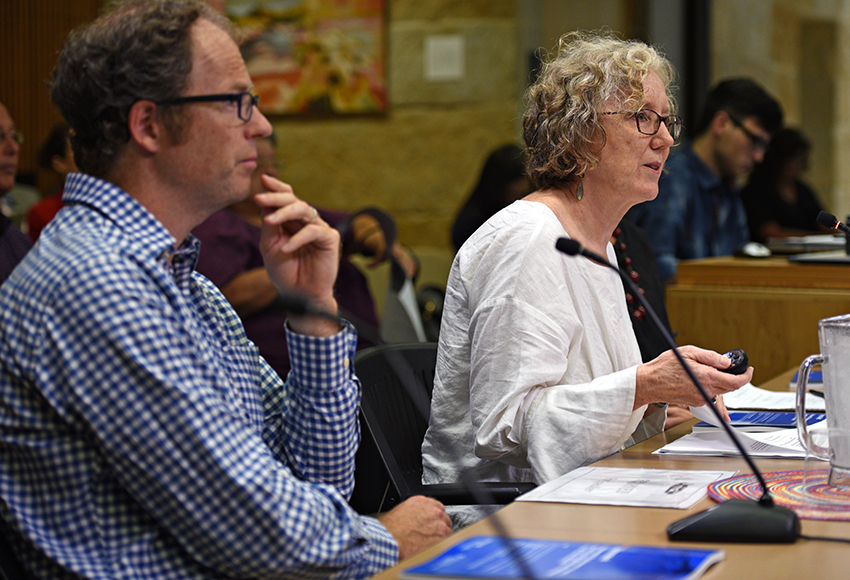 UT researchers said they have identified which Austin neighborhoods are most vulnerable to gentrification as well as strategies to prevent its negative impacts. They presented their findings to the Austin City Council on Tuesday after being asked by the city to study gentrification in August 2017.

“Just as a matter of basic fairness, there should be the complete spectrum of socioeconomic backgrounds of people living in central Austin,” said Jake Wegmann, co-author of the study. “Austin will become a less interesting, fair and representative place if it comes increasingly only for the affluent.”

The study characterizes gentrification as the displacement of low-income residents because of rising housing costs featuring a physical and cultural transformation of the neighborhood. Sixteen out of 200 Austin communities are experiencing gentrification, according to the study, and 23 communities with newly high-value properties are susceptible to potential displacement.

“Displacement is hard on anyone, but it’s especially hard on more (economically) vulnerable people because they’re the least equipped to endure a shock like that,” Wegmann, an architecture professor, said.

According to the study, gentrification is most evident in central east Austin and the “eastern crescent,” an area that starts in the northeast at St. John’s neighborhood and stretches along the eastern edge of the city south of the Colorado River. To find effective policy strategies, the research team examined the Columbia Heights neighborhood of Washington, D.C., northeast Portland and east Austin. While these cities have succeeded in implementing some successful anti-displacement policies, Wegmann said even the first signs of progress can take many years and millions of dollars.

“There isn’t a city in America that really has a handle on this problem,” Wegmann said. “It’s hard because it takes a lot of political will.”

Study co-author Elizabeth Mueller said it is not realistic to completely stop a neighborhood from changing under market pressure, but given enough time and effort, those changes do not have to be so damaging to underprivileged groups.

“The issue is: Can you preserve enough of the community for the vulnerable people there, (so) they still feel like they have a place in that community?” Mueller, an architecture professor, said.

Co-author Heather Way said it is most important to hone in on specific neighborhoods in the early stage of gentrification and hear about issues directly from the residents.

“We ultimately think the best practices of development are these community-based plans that deploy a strategy for a specific neighborhood,” UT law professor Way said.

The city’s Anti-Displacement Task Force is currently drafting its own anti-gentrification policy recommendations, and Austinites will vote on a $300 million affordable housing bond in November. Way said these efforts show there is potential for positive change.

“Even if you’re not someone who is personally impacted by the situation, if you care about being in a city that is culturally diverse and inclusive, then it is important to be engaged in this issue,” Way said.