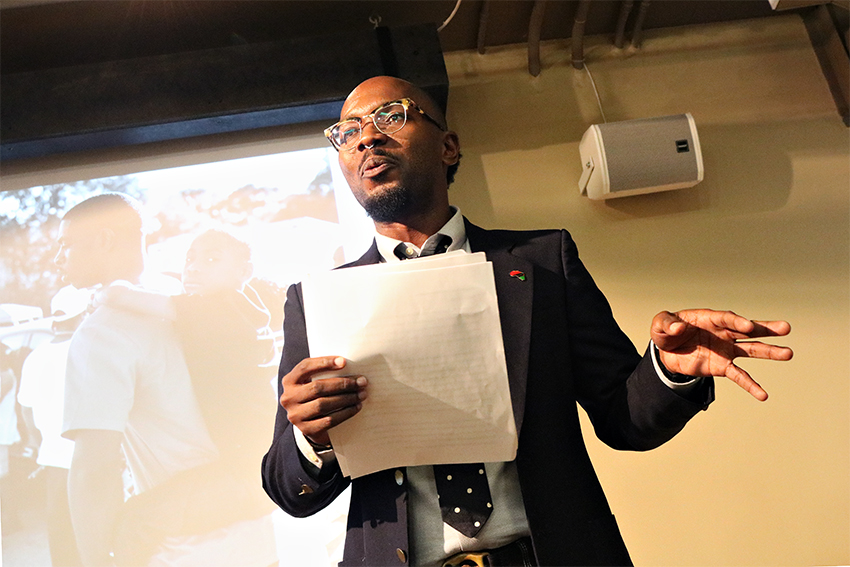 For Austin photographer Cindy Elizabeth, the term “rebeautification” is complicated.

“For me, I strive to reclaim it in regards to East Austin,” Elizabeth said. “That’s my home and it’s always been beautiful — it doesn’t need to be beautified. Where people see beauty, I see destruction. The beauty was there before, and it’s still here now.”

After graduating from Baylor University in 2010, Elizabeth returned to a different, gentrified Austin and realized that “Martin Luther King’s dream was still just a dream,” as she said during a lecture at the Gordon White Building on Wednesday.

“There was a silent change going on,” Elizabeth said. “There were more white people in the neighborhood, and they weren’t just passing by. They were walking their dogs and going to the laundromat. Black kids didn’t hang out where we used to anymore.”

The change she saw led her to embrace photography and media to showcase her struggle to adjust. Elizabeth’s latest series, “Still Here,” attempts to represent this change through images.

Bettie Mann, the first black teacher in Austin and the subject of one of Elizabeth’s pieces, also spoke. Mann shared the obstacles she faced while teaching at Robert E. Lee Elementary, recently renamed Lee Elementary School. A wing of the school was named after Mann in 2016.

“She was the first black teacher in a school named after a prominent confederate and the city of Austin put respect on her name,” Nehikhuere said. “We don’t get to see black women respected like that very often.”

“(The series) is taking the local movement and applying it to the local black community,” Gill said.

Gill said Elizabeth was the perfect first speaker because she is a native black Austinite.

“I’m also excited because she’s a black queer artist,” Gill said. “It brings together all of the things I want to set the tone for the series.”