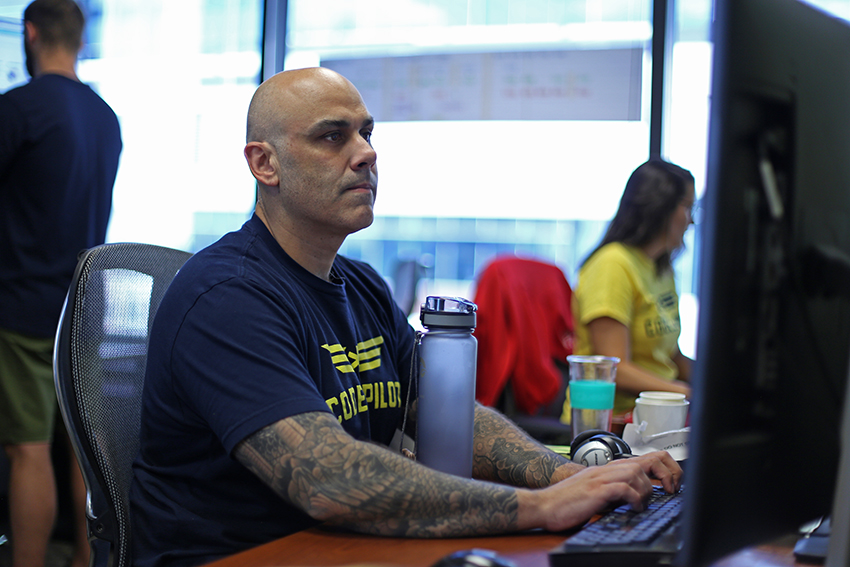 Engineers can now apply for jobs without a résumé, cover letter or even a technical interview through Code Pilot, a data science company. David Lemphers, CEO and founder of the Austin startup, said the company is changing the way software engineers are getting hired by abolishing traditional recruiting methods.

Code Pilot, launched in March 2018, requires candidates to take a coding assessment and behavioral test, analyzed by artificial intelligence, to find the best fit for the engineer and the hiring manager. These components make up the candidate’s profile or portfolio.

Lemphers said that when he worked at Microsoft as a data scientist, he realized that a lot of high quality candidates couldn’t get through the initial screening process because of unconscious biases. These biases include only selecting candidates who graduated from an Ivy League school or had an internship at Google, he added.

He said Code Pilot ensures fairness because an artificial intelligence system performs an analysis on the coding assessment results, as opposed to a recruiter who holds unconscious biases. The system is able to identify how successfully the engineer solves the coding problem.

Other factors are also analyzed, such as how long it took to complete the task, how many times they created an error and how they came to their conclusion.

“If the data has some bias in it, then the machine learning (the) algorithm will exploit it,” Krähenbühl said. “In the end, whatever product they have is going to be as good as the data they have.”

There are about 1,200 engineers who have already filled out their portfolios through Code Pilot, Lemphers said. He added that companies like Life by Spot insurance and car subscription startup, Mobiliti are currently working with Code Pilot to hire software engineers.

Software engineer Casey Billman said he got his job at Mobiliti within 48 hours of using Code Pilot’s platform.

“They played matchmaker a bit after I took the test and asked me what do you look for in an employer,” Billman said. “Normally if you apply for another job, it would probably take a week … some companies never reply back.”

Billman said he liked how he was asked what kind of role he was looking for, because typically companies are focused on the hiring manager’s needs rather than the candidate’s.

Code Pilot’s second product called Radar will be released on Sept. 24, and will allow hiring managers to integrate Code Pilot’s portfolio platform to their own candidates, making their jobs easy and efficient, Lemphers said.

“It’s incredibly exciting for us, as a startup, to have that kind of traction,” Lemphers said. “Every engineer is sick of interviews, code screens, the résumé. Now they can use the content platform that has intelligence, and it’s exactly what engineers expect.”