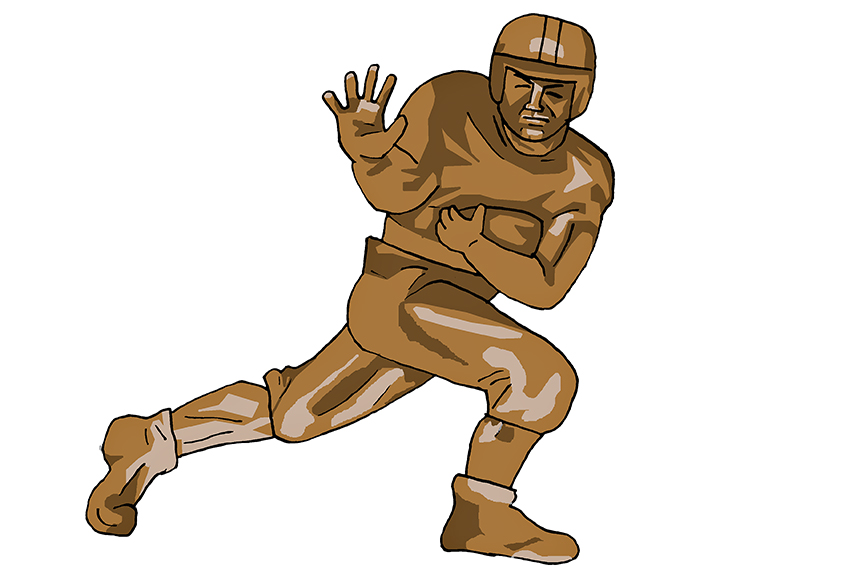 As we enter Week Four of the college football season this weekend, the Heisman race is beginning to see some athletes pull ahead and others fall behind.

Here are the top four Heisman candidates through the first quarter of the season:

Tua Tagovailoa has the Crimson Tide rolling. The sophomore quarterback has been sensational in the beginning of the season. In three games, Tua has completed over 70 percent of his passes, has a quarterback rating of 98.7 and has thrown for nine total touchdowns. Alabama has proven to be the clear favorite to hoist the 2019 National Championship Trophy, especially with its quarterback being the most dynamic in the team’s recent history.

Tua’s efficiency is one of the main reasons why he is on top of the Heisman leaderboard. He has yet to play a full game this season, but his numbers still rival other top-ranking quarterbacks. At this current pace, Tua can win the Heisman while only playing half the season.

Through three games, Kyler Murray has proven he deserves to be near the top of the Heisman totem poll. He had his second-consecutive three-touchdown game last weekend against Iowa State. Oklahoma got revenge in Ames, Iowa, after Iowa State upset the Sooners last year as a 31-point underdog. Murray made sure that didn’t happen again. When the game was a one-possession difference, Murray showed his poise and led the Sooners on a fiinal scoring drive to seal the victory, finishing with 348 yards and three touchdowns.

Murray has consistently showed why he is a worthy Heisman candidate. At the beginning of the season, he was simply viewed as the man who was going to replace Baker Mayfield. Now, Murray is writing his own story in Norman, and it could very well have a fairy-tale ending.

Haskins has played phenomenally in the absence of head coach Urban Meyer. The sophomore quarterback has thrown for 11 touchdowns and one interception through three games. Not only has he held down the fort without his head coach, but he has also added floors and remodeled. The expectations were high for Ohio State coming into the season, but for a young quarterback to lead his team the way Haskins has done says a lot about his talent level.

In last Saturday’s game against TCU, Haskins threw for two touchdowns and ran for another en route to a 40-28 win. With Meyer returning this weekend, Haskins looks to make the Buckeye offense even more forceful than it has been. His stock, as well as his team are just continuing
to rise.

#23 Jonathan Taylor, running back, No. 18 Wisconsin

Week Three could’ve gone better for Taylor. He averaged 4.7 yards per carry but finished with no touchdowns. In addition to his struggles, his then-No. 6 Wisconsin Badgers lost at home to BYU. Taylor started the season on fire, scoring five touchdowns in two weeks. For his “off week” to consist of 115 yards shows the amount of talent that
he possesses.

Taylor and the Badgers have another tough matchup next week as they go on the road to visit Big 10 rival Iowa in primetime. Nationally televised games are always great opportunities for top candidates to make their mark. On Saturday, Taylor will have a grand opportunity to make a jump in the Heisman race.