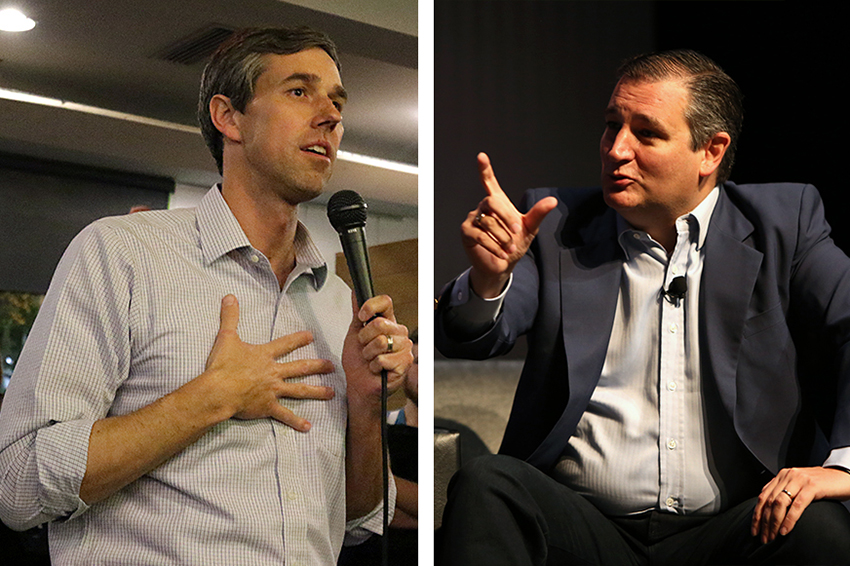 Incumbent Republican Sen. Ted Cruz took on Democratic rival Beto O’Rourke for the first time Friday night in Dallas at the first of three debates across the state, focusing on domestic issues, like immigration.

Julie Fine of KXAS, who co-moderated the debate hosted at Southern Methodist University, posed the first question of the night. She asked O’Rourke about his support for granting citizenship to Dreamers, undocumented immigrants who were brought to the United States as children. O’Rourke affirmed his support and attacked Cruz for saying that the United States should deport them.

“The economists who’ve studied it have said that we will lose hundreds billions of dollars to the negative if we deport them,” O’Rourke, an El Paso congressman, said of the Dreamers. “We will gain hundreds of millions to the positive if we keep them here. Senator Cruz has promised to deport each and every single Dreamer.”

First question from @JulieFineNBC5 is on citizenship for Dreamers (undocumented immigrants brought to US as children). O’Rourke says dreamers should be granted citizenship. Cruz says on immigration: “legal good, illegal bad” #TexasSenateDebate

“(O’Rourke’s) focus seems to be on fighting for illegal immigrants and forgetting the millions of Americans —  you know, Americans are dreamers also,” Cruz said.

During a discussion about marijuana legalization, which O’Rourke supports, Cruz said he thinks it should be decided at the state level.

“Legalizing marijuana is actually a question where I think reasonable minds can differ,” Cruz said. “I think it ought to be up to the states. I think Colorado can decide one way, and Texas can decide another.”

O’Rourke described himself as a proponent of the Second Amendment, but added that he supports an assault weapons ban.

“Weapons of war belong on the battlefield,” O’Rourke said. “Not in communities, schools and churches.”

O’Rourke: “Only one of us has been to each county in Texas”

O’Rourke also supports more thorough background checks for those who wish to purchase a firearm. Cruz said an effective way to reduce gun violence in schools would be placing more armed police officers on school grounds.

“We’ve all been horrified as we’ve seen these school shootings,” Cruz said.

Saurabh Sharma, chairman of UT’s Young Conservatives of Texas chapter, listened to the debate in his car on the way to Dallas.

“Senator Cruz (did) a fantastic job at keeping the discussion about policy and holding Congressman O’Rourke to task for the policy positions he has held over the length of his career, including anti-Second Amendment gun control, extreme drug policy, and support for cheating the millions of people waiting in line to immigrate legally to the United States,” biochemistry senior Sharma said.

University Democrats president Andrew Herrera attended a watch party for the debate at Aspen Heights in West Campus and said he thought O’Rourke did well with countering Cruz’s “misleading facts on issues such as immigration, criminal justice reform and health care.”

Final question, each candidate is asked to name admirable quality in the other: “I know how hard he works and how much time he’s spent away from his kids … I believe he wants to do the best for America.” Cruz says he feels the same about O’Rourke, compares him to Sanders.

“He also hasn’t shied away from speaking his opinions on whether kneeling during the anthem is acceptable, as well as to the extent that we need gun control … even though they are supposedly not accepted by many Texans,” government junior Herrera said.

The next debate is in Houston on Sept. 30, and the final debate will be held in San Antonio on Oct. 16. The Houston debate is planned to be a “town hall” style setting.