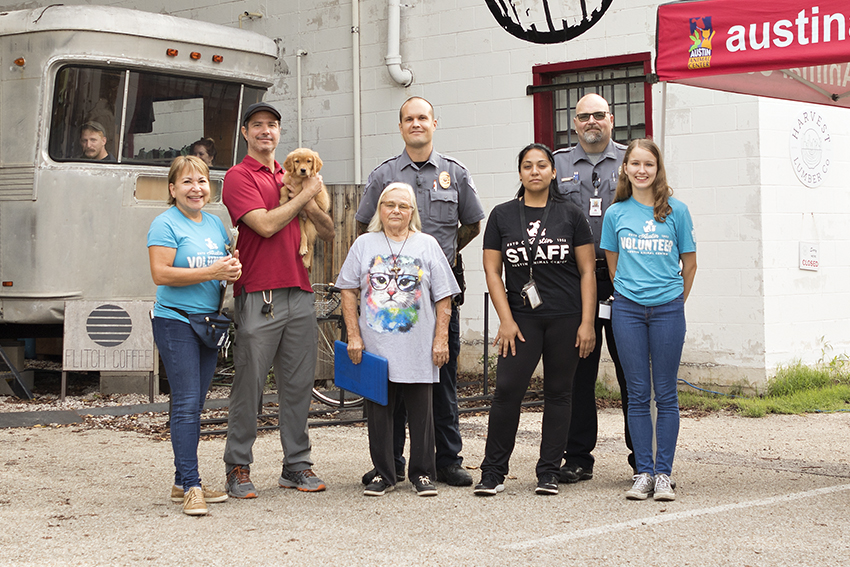 Austin pet owners lined up outside Flitch Coffee Sunday morning to get free microchips injected into their pets.

“It is the most effective way to find who are the owners of these pets because sometimes ID tags and collars can go out,” Herrera said. “Microchips never go out.”

Though the needles are thicker than normal and the animal may slightly cry in pain, Herrera said risks are rare and the benefits are worth it.

“There’s some miscommunication around cancer,” Herrera said. “Doctors and veterinarians don’t see this as a risk, and in my last 20 years of working with dogs and cats, I can say that I (have) never seen cancer (caused by) a microchip.”

Herrera also said pet owners need to update their microchip tags every year and remember to change their addresses in the database if they move, which can be done at an animal center.

“This is very important,” Herrera said. “If you move your address or your number, you need to update. If you don’t update, we lose your information.”

Jamie Olson, a UT alum and Austin resident who attended the event, was third in line with her dog, Willie, to get a free microchip.

“I just definitely want to be able to find him again if he ever escapes,” Olson said. “Dogs go missing for any reason. Even the best owner can lose their dog. It’s just a great way to be reunited with your pet.”

English senior Carlie Sorrells, who has a two-year-old microchipped dog named Sarge, said she thinks the positive aspects of microchips outweigh the negative.

“I think it’s very weird,” Sorrells said. “I don’t love the idea of us putting artificial technology in living animals, but unfortunately … there are so many homeless animals. A chip is really noninvasive, and it’s a very easy procedure now … It’s just a good precaution to take.”

Though Sarge does have a microchip, Sorrells has never needed to use it.

“The only time he has ever kind of fled was right after I adopted him,” Sorrels said. “He hopped a fence and ran downstairs into a FedEx truck.”