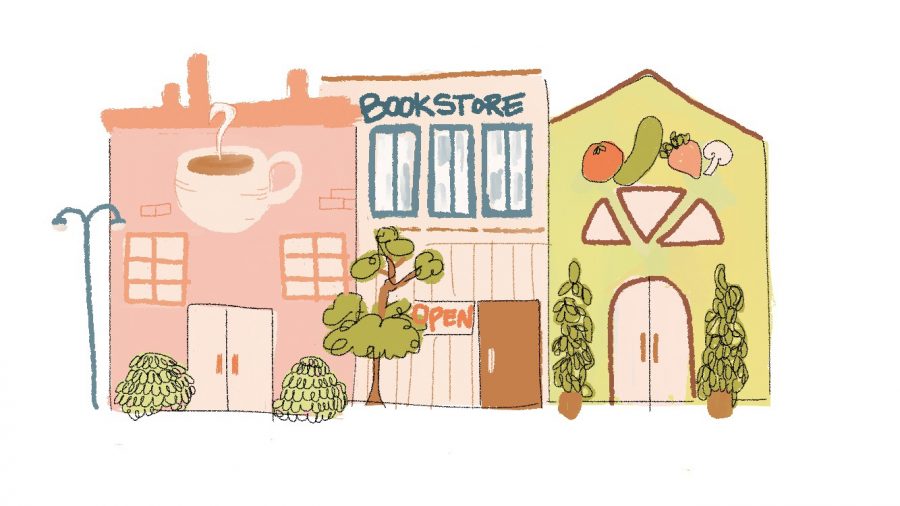 Two roads diverged from the Jester Center walkway. I chose East 21st Street. Soon after, my scooter hit a ditch, and I flew off of it. Desperately, I tried to break my fall and then found myself face-planted in the pavement.

My fall allowed me to analyze East 21st Street. I looked down the road as far as I could. I discovered that the uneven pavement and potholes were not concentrated to the area outside of Jester but rather plagued the road all the way to Daniel Johnston’s frog mural at its intersection with Guadalupe. The epidemic didn’t just affect 21st Street, but all the roads throughout the 40 Acres. If you examine Whitis Avenue, Dean Keeton, or even the Inner Campus Drive, you’ll see the problem. Students should be aware of the roads that they travel on.

Biology sophomore Leann Chacon, has noticed this as well. “There are so many areas with potholes, like the strip near the pharmacy building on 24th and Speedway.”

As students, Longhorns often do not pay attention to the commuting infrastructure around campus. Our heads down, we simply walk, scooter, bike, or bus our way to the next destination without a second thought about the roads that we travel on.

Unconsciously, our academic stresses and time constraints distract us from what’s in front of us. By the time we notice a dangerous next step, it’s probably too late to catch our balance.

Geosciences freshman Jennifer Pena, recalled her own experience with bad campus infrastructure. “Outside of Burdine Hall, I saw a classmate of mine on crutches (worsen) his injury due to the uneven pavement in the area.” My fall caused me to sprain my ankle. Broken streets aren’t a nuisance — they’re a threat to pedestrians.

While the UT administration has been providing new remodeling projects to benefit the student body with lighting improvements, improved storm drainage and utility upgrades, students should advocate for better infrastructure too. In matters of safety, students may prefer peace of mind while traveling above than fancy facilities.

“People don’t put as much attention to roads, and they just deal with it,” public health freshman Nabeeha Engineer said. “If it’s not obvious, they think it’s just a fact of living at a university.”

It might not be appealing to think about road projects when thinking about the almost three-year-long Speedway construction, but we can’t settle for bad roads that impede students’ travel.

Time wears our roads away. When this damage starts jeopardizing safety, the community should be able to put its foot down without it landing in a pothole. We can fix poor pavement.

“I come from an area where people never walked much, but now that I walk a lot between classes and other things, I think people should care about our roads,” Engineer said.

Bumps are common, but it’s up to us to make sure we notice. Rocky road should be a type of ice cream, not a type of street.

Ancheta is a business freshman from Houston, TX.