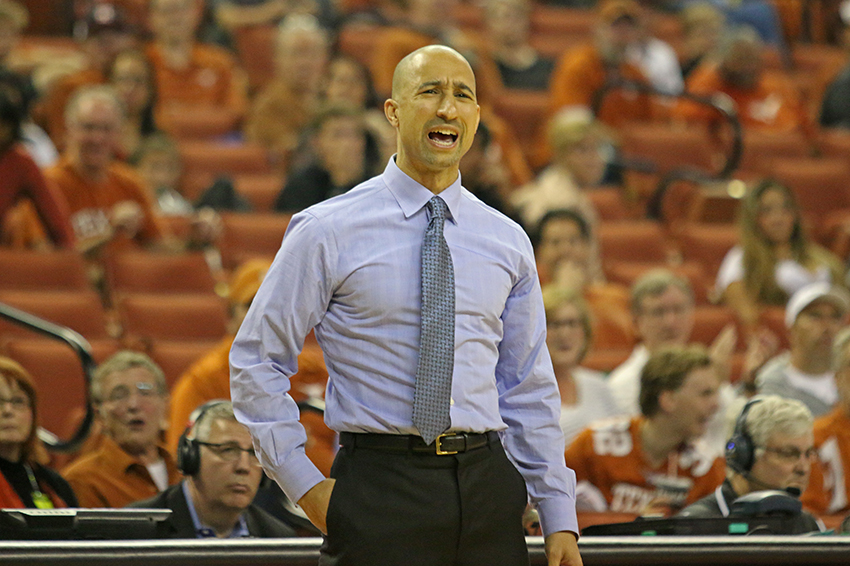 That’s how many NCAA tournament wins the Longhorns have collected since Smart’s arrival in Austin, and it’s the most significant reason many people believe the Longhorns’ head coach enters a make-or-break fourth season.

Smart knows this criticism better than anyone, and while March looms six months from now, he already believes his roster enters the upcoming season with the potential to make a pivotal jump forward after a run of fruitless postseasons.

“In terms of evaluating success for us, the postseason is so incredibly important in college basketball,” Smart said. “You don’t know the twists and turns your season is going to take, but I think we have a chance to take a big, big step as a team.”

This Texas roster lacks the presence of a heralded freshman big man like it’s had the previous two seasons in NBA draft picks Jarrett Allen and Mo Bamba, but the Longhorns return several members from last season’s team, including four of the five starters who played in last season’s NCAA tournament.

Smart said it’s this valued experience that gives the Longhorns a much-needed “stability” that they sorely missed in their last two seasons. “I like the fact that our four best players are not freshmen,” Smart said. “I told our freshmen that I invite them to be one of the four best players, that would be great, but I like the fact that the guys right now who would play the biggest roles have at least done some of those things at the Big 12 level.”

However, the Texas coaching staff knows generating improvement this season extends past returning a few players. There are bigger problems to fix, most notably among them finding a solution for a team that ranked in 213th and 321st in field-goal percentage and three-point percentage respectively in the NCAA last season.

“As we’ve talked about many times in the past, it doesn’t matter if you can shoot it upstairs in (Cooley Pavilion) when no one is around, it’s when you get on that game floor,” Smart said. “We’ve really tried to focus on all the areas we can control to become a better shooting team.”

In addition to placing an emphasis on shooting and creating better shots, Smart added his team must also focus on separating itself during critical stretches of the game — whether it be converting late free throws or securing rebounds.

“I think it’s understanding what goes into winning throughout the game, but then when it comes to winning time — the last six minutes of the game, the last 60 seconds of the games — what are the most important things that we need to grab hold of and do,” Smart said.

As for Shaka’s job security, his future at the University of Texas will depend on one thing: wins. He knows that, but with Texas officially beginning practice on Thursday, Smart doesn’t appear to be too concerned about what will happen after this season just yet.

When asked about if he is aware that his name and the term ‘hot seat’ are being mentioned in the same sentence, he simply responded, “I don’t sit down.”