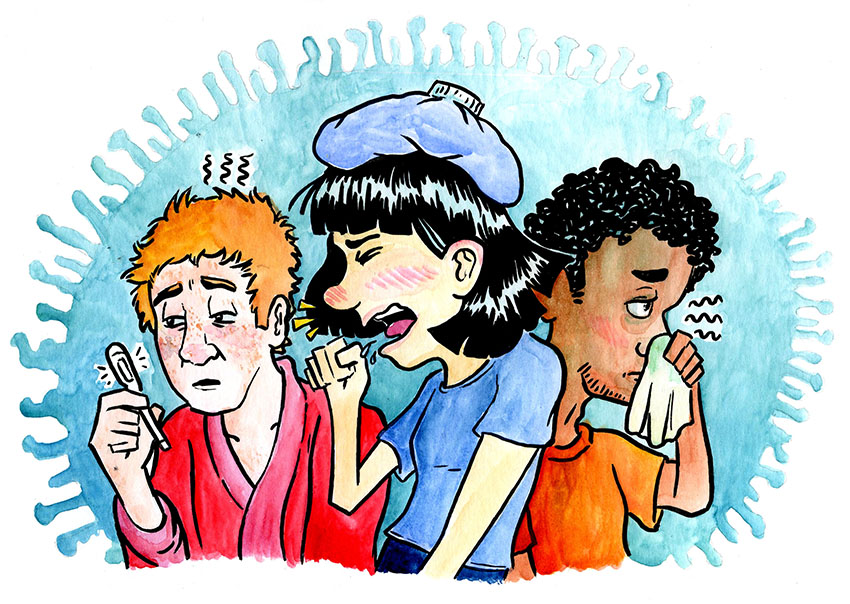 A flu season forecast shows information about how long flu season will be, when it will be the worst and even how many people could die from the flu.

“The idea behind those kinds of data is if someone gets sick, they often go on social media or search engines to try and get information,” Meyers said.

When deciding which specific data sources to use for the forecast, they used high-performance computers with an optimization approach to see which sources are best. This process is one reason their results were more accurate than previous attempts at forecasting, Meyers said.

“We figured out that by just choosing the five sources that we found using optimization, we are going to get the best forecast,” Meyers reported. “It’s a combination of using more data sources and more kinds of information and then systematically optimizing which data we are actually going to look at.”

Meyers said they have not started work on a forecast for this flu season yet but are monitoring early implications.

“We would be monitoring all these different data streams in real time,” Meyers said. “Toward the end of November is when we would make the forecast for what would happen during the rest of the flu season.”

Public health sophomore Nakshu Ghuman said although she got a flu shot last year, she still got the flu and had to miss a week of classes.

“I woke up one morning, and I just felt so exhausted,” Ghuman said. “I had an early morning class, and I couldn’t even bring myself to even go to the shower.”

“There are some people that just can’t get the flu shot, so we can’t protect everyone with a flu shot,” Mosteller said. “The more people in our herd at UT that have had the flu shot, the lower the chance that we are going to have an outbreak.”