The fight against gentrification in Austin needs student voices 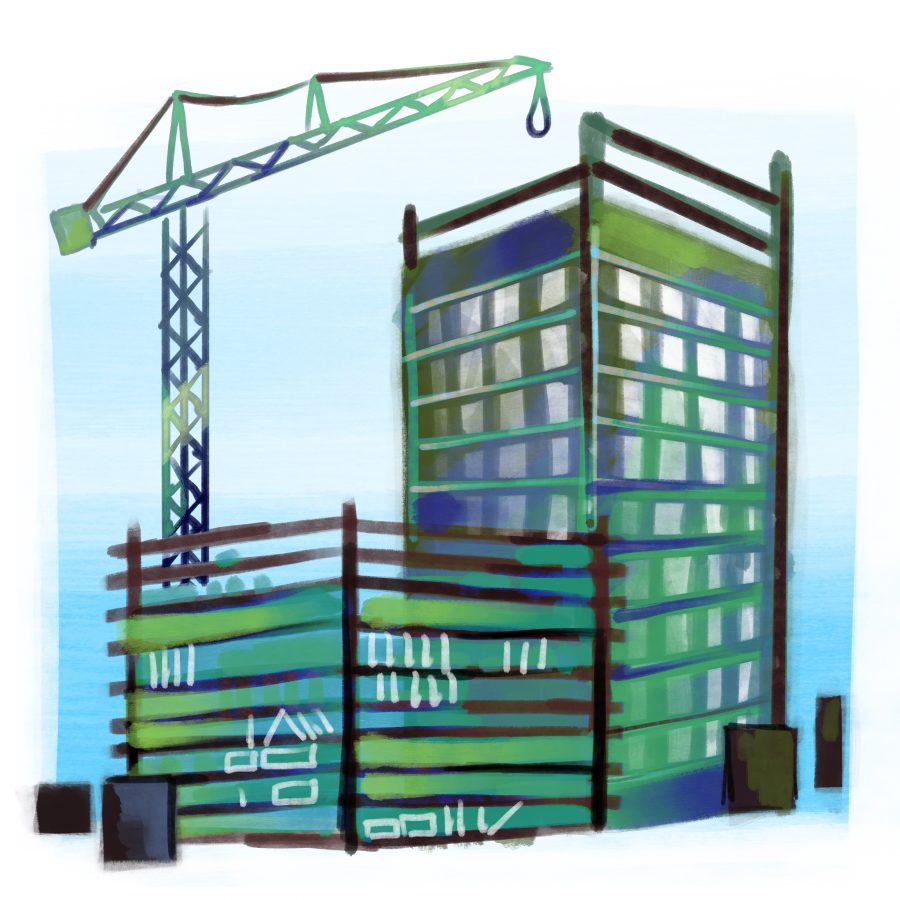 One hot July morning, 42-year-old Austinite Karen Woodward woke up in a Walmart parking lot in her Honda Civic. She had recently been evicted from her home due to rising costs and a dispute with her ex-husband. She had been renting for $1,400 a month. When her car is functioning, she drives to Westlake Hills — a wealthy suburban area outside of Austin — for work as a medical assistant. As an evictee, Ms. Woodward sought aid from the Travis County Emergency Rental Assistance program. She failed to qualify due to certain income based restrictions. “Where are the resources? I know that there are resources in this city. This is a very wealthy city,” Ms. Woodward said.

Woodward’s eviction story is one of many. Twelve families are evicted each day from their homes in Travis County. Her concerns about growing inequality and the power of landlords is pertinent as well. KUT reports that Austin “is a city of renters” — 55 percent of Austin households are rented. With rising rent costs due to an influx of demand for new housing, evictions are inevitable. Gentrification has
allowed Austin to evict so many residents and ignore its looming housing crisis in the name of promoting “rapid growth” and “development.”

Austin is one of the fastest-gentrifying cities in the U.S. Gentrification, the process of “revitalizing” economically unproductive parts of a city, has provided affluent newcomers with housing options close to the central business district and has increased profits for the real estate market and developers while pushing out low-income residents. Montopolis historical archeologist and community activist Fred McGhee says “gentrification is a question of real estate … and real estate interests dominate city hall.”

City zoning laws — contemporary and historical — have contributed to the negative racial, economic and social effects of Austin gentrification. In 1928, city authorities specifically zoned East Austin to be occupied by Black and Latino residents. “Uprooted,” a study by the University of Texas found that East Austin, which used to be predominantly African-American and Mexican-American, saw a 442 percent increase of white residents between 2000 and 2010, while its black population dropped by 66 percent.

Why should students care? It may not be in the interest of most UT students to care about the broader Austin community. After all, many UT students will leave Austin for employment opportunities elsewhere. Austin ranks as one of the most economically and educationally segregated cities in America. Wealthy, college-educated professionals and less-educated, blue-collar workers are least likely to share the same
neighborhoods in our city. McGhee states that the young professionals who move to Austin are “here to make a real estate investment. They’re not interested in playing a role in the community.” Students who stay in Austin — to participate in its growing tech industry, start-ups or live music scene — should reverse this trend by promoting affordable housing and restrictions on profit driven developers. As members of a community, students in Austin should feel more affinity to non-student Austinites. It is simply the right thing to do.

About a year ago, Blue Cat Café demolished and replaced Jumpolin, a Mexican-American family owned piñata store overnight. Defend our Hoodz’s, an anti-gentrification organization, ongoing boycott against Blue Cat Café can be seen as an example of an action students should support in the struggle of local Austinites against gentrification. Supporting and voting for Proposition A in November to build affordable housing will also help manage growth by providing an alternative for working-class residents. Continued advocacy for the “right to return” ordinance which aims “to prioritize access to affordable housing for residents with generational ties to East Austin and other gentrifying parts of the city” will similarly help create stability in the midst of Austin’s housing
crisis. Skepticism about proposals to construct large corporate offices like Amazon’s HQ2 should also be considered. Students must promote alternatives to control Austin’s growth rather than let its growth control it.

Marchais is a philosophy sophomore.