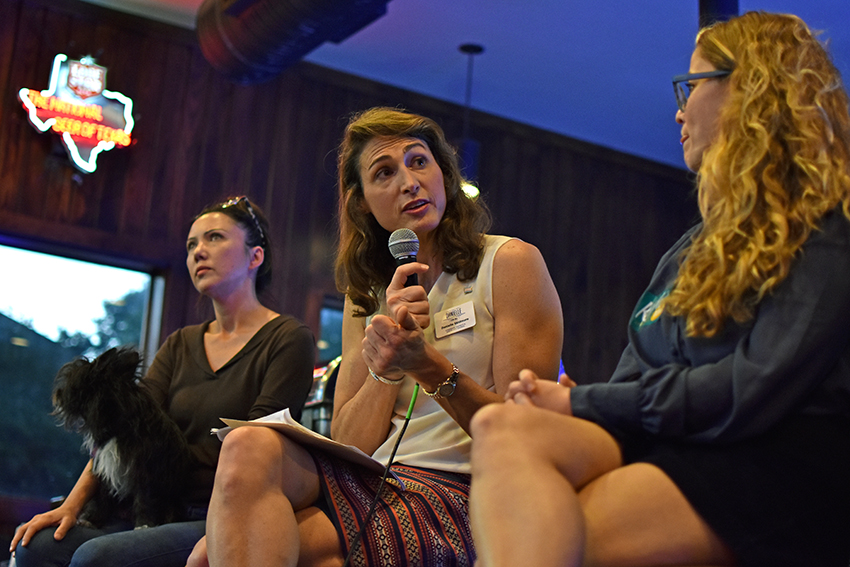 Editor’s note: This is the first in a series of profiles on the candidates running to represent District 9 on the Austin City Council.

“As wonderful as it has been living in Austin for the past 24 years, our city is facing some real growing pains,” Skidmore said. “We have a transportation crisis. Traffic is awful, and makes it so hard to move around this city. As the 11th largest city in America, we have to go big on public transportation.”

Skidmore is running to represent District 9, which covers downtown, West Campus and parts of South Austin. Skidmore is running against Kathie Tovo, the incumbent City Council member and mayor pro tem. As a transgender woman and mother of a special-needs child, Skidmore said she hopes to include all voices in her pursuit of a more mobile, accessible and sustainable Austin.

“We need to reimagine how we grow as a city in terms of housing,” Skidmore said. “We need to build more places for people to live. Anything that’s affordable is so far away, and then you’re caught in this quagmire of traffic.”

“Progressive cities like Austin need to step forward and really lead on what it means to be sustainable,” Skidmore said. “We can’t call ourselves a progressive city if we continue to grow in manner where people have no choice but to drive.”

Skidmore said she will work with UT students to make sure their voices are heard.

“The student population is very much part of Austin and deserves the same robust representation at City Hall as someone who lives in one of Austin’s older neighborhoods,” Skidmore said. “For far too long, our representation has not really focused on young people, students and the 70 percent of people living in District 9 who are renters …  But young people are the ones bringing the energy to Austin that makes it one of the best places to live in America.”