One UT-Austin student on life support, five others injured in Sunday car accident 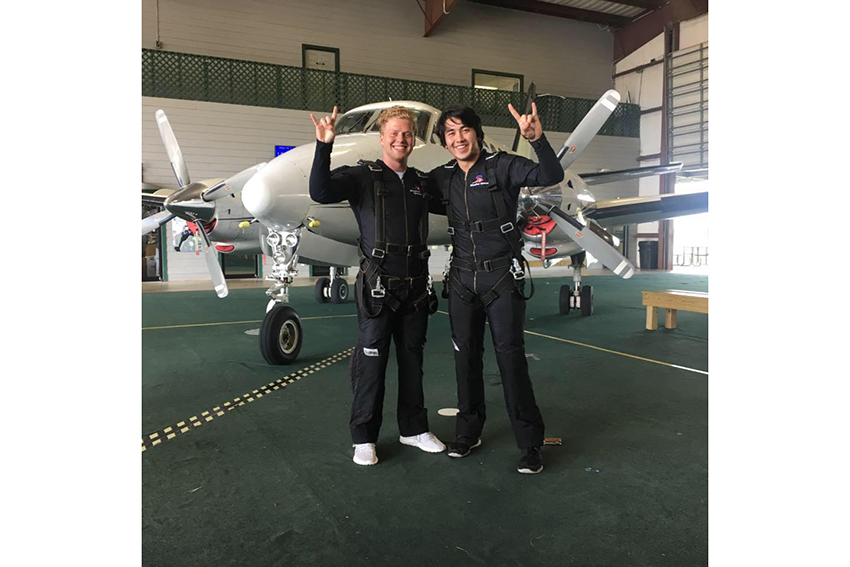 Business honors, finance and radio-television-film junior Nicholas Cumberland is still on life support after a car accident in Waco on Sunday morning. Cumberland is a member of Texas Cowboys, the Genesis program and the Kappa Sigma fraternity.

“Nicky is currently on life support with a slight improvement in his lungs since the accident, but he has unfortunately remained unresponsive with very little brain activity,” reads a description to a GoFundMe page in Cumberland’s name.

The GoFundMe was launched for Cumberland on Monday evening and has raised almost $100,000 in two days.

“I’ve seen a lot of tragedy happen on this campus, and I’ve known some of the people, including Nicky, who have been victims of tragedies that have happened in our community,” Becker said. “It’s really telling in times like these how much of a difference our community can make when we actually look out for each other.”

“He’s one of my best friends,” Atluri said. “He’s one of those friends who will text you to ask, ‘How’s your week going? Just wanted to check in on you.’ … (He is) a genuinely good and kind person.”

Lucy Elkins, an Iberian and Latin American languages and cultures junior, said Cumberland’s family and friends were praying for his recovery.

“(We’re) having faith that he’s going to get better,” Elkins said. “He’s such a great guy, and he has the unique ability to make you feel like you’re the most important person in the room.”

Five UT-Austin students were injured and one is on life support after a car accident in Waco on Sunday morning.

The students were members of Texas Cowboys and Greek fraternities. They were returning from an annual Texas Cowboys retreat near Killeen when the crash occured. The truck flipped multiple times, injuring everyone inside.

“We are all devastated by the accident over the weekend and are all praying for our boys, especially Nicky,” Texas Cowboys foreman Matthew Sherman said in an email. “We stand with his family and friends in supporting him during this difficult time. Out of respect for Nicky’s family, we don’t have anything further to add at this time but are grateful for the outpouring of support we have experienced.”

Four of the passengers and the driver received injuries of varying degrees and were treated and released from the hospital.

Nicholas Cumberland, the sixth passenger and a radio-television-film and finance junior, sustained brain damage from the crash, Becker said. Becker, who is friends with Cumberland, drove to the hospital in Temple where Cumberland is located soon after hearing what happened. Becker said Cumberland remains on life support.

“He’s one of the most caring people I’ve ever met,” Becker said. “He’s made such an impact on so many people.”

A GoFundMe was launched for Cumberland on Monday evening. It raised $40,000 within five hours.

Jake Groesbeck, the GoFundMe organizer and a childhood friend of Cumberland, said Cumberland is a selfless and influential figure.

“I have never seen him hesitate to drop what he is doing to help his fellow peers,” Groesbeck said. “He is a man full of love and joy. ”

An email account, [email protected], was started was started so that people could send Cumberland’s family memories and stories to read. A drop box in the Business Honors Program Office, CBA 2.312, has been designated for letters to the Cumberlands.

Editor's note: An earlier version of this article said the crash occured when the driver fell asleep at the wheel. The Texan is currently reaching out to the Bell County Sheriff's office to confirm the cause of the crash. We will update the story as more information becomes available.