‘Lessons From Dunblane: Notes from a School Shooting’ teaches a teary lesson in gun violence 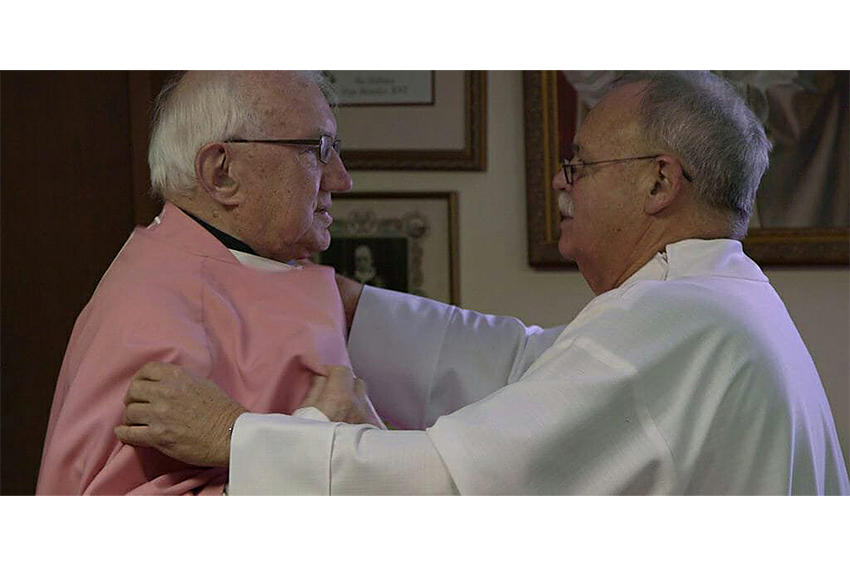 As the trauma of the 2012 Sandy Hook school shooting fades from public memory, the wound is continually reopened and replaced by the latest mass shooting. In the six years since, Vox  reports 1,860 mass shootings have plagued the U.S. in its schools, movie theaters and concerts.

It seems that nowhere is safe anymore. This is the problem addressed by Kim A. Snyder’s Netflix Original documentary “Lessons From Dunblane: Notes from a School Shooting.” The doc, to put it gently, is an open-ended question posed to the U.S. from the rest of the world: WTF?

“Dunblane” is the story of monsignors from Dunblane, Scotland, and Newtown, Connecticut, who connect through their shared experiences with school shootings. They bond via email and eventually meet in Newtown for an event marking the first anniversary of the Sandy Hook school shooting. Generally, the 23-minute doc asks the viewer to consider the main difference between the shootings: actions taken following the attacks.

Snyder takes a gentler approach to discussing the issue of gun control through the faith-based agents common to both shootings, Fathers Bob Weiss and Basil O’Sullivan, the priests who are left to counsel the grieving parents. As much as documentaries are based on reality, they are still shaped by directorial decisions in framing. The framing of this short documentary puts the viewer in the position to form their own opinion based on their morals.

Whether by intention or happenstance, the lack of action taken by the U.S. national government following the shooting can be interpreted as a blight on the memory of the children killed at Newtown. This is clear in the abject grief and confusion on O’Sullivan’s face as he describes the actions taken by parents and U.K. government to make meaningful changes to gun laws soon after the Dunblane shooting of 1996.

Perhaps the most jarring moment from “Dunblane” is felt when the two priests pray together in Newtown, that the Sandy Hook shooting would be the last of its kind. The credit sequence of “Dunblane” purports, then, that 1,600 mass shootings have occurred in the U.S. since Newtown. Dunblane prompted massive gun reform legislation, while Newtown precipitated gun reform in Connecticut and other select states, but caused very little to change nationally.

The length of the doc itself seems to be a statement. Much like the lives of students gunned down at Sandy Hook, it is cut off well before it reaches its prime. In focusing on the two priests, although a poignant vignette in the bloody history of gun violence, it fails to bring the communities and nations as a whole to comparison as thoroughly. If the doc had been given an opportunity to reach its full potential, its impact may have been even more effective.

“Lessons From Dunblane: Notes from a School Shooting” acts as a cautionary tale to those who view it, as many films and docs have in the past, to act fast and act now to preserve the safety of public spaces in the gun control debate. It is extremely emotional in nature, as such a topic is wont to be, but remains a must-see.

“Lessons From Dunblane: Notes From a School Shooting”