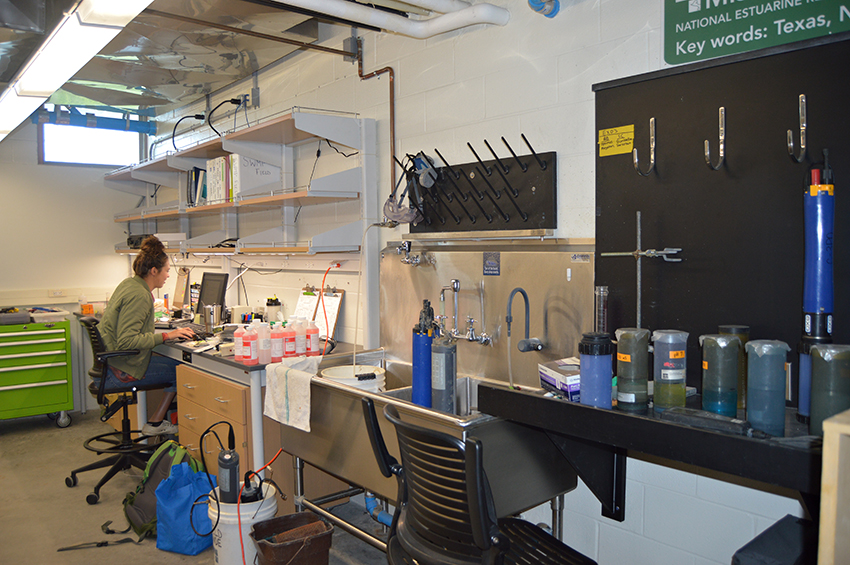 After Hurricane Harvey hit last August, the UT Marine Science Institute in Port Aransas experienced around $45 million in damages. All buildings on campus were affected, with 68 experiencing partial damage and six destroyed completely.

Over a year later, UTMSI has opened its first fully functioning laboratory since the hurricane. The Estuarine Research Center, a place for marine food chain, ecology and estuary research, opened last week as the first building destroyed and completely rebuilt.

“It’s just given (students and faculty) a light at the end of the tunnel that we’re getting back to normal,” said Sally Palmer, communications coordinator for UTMSI. “It’s been a long haul and the students and researchers have had to be very flexible.”

Palmer said while many buildings were damaged by Harvey, the Estuarine Research Center was the only building to have its roof completely ripped off by 130 mph winds. She said the building contained expensive scientific instruments that were ruined by water damage.

UTMSI director Robert Dickey said the new research center will adhere to the International Building Code for coastal locations, which requires the building to be storm resistant. He said after losing “three football fields” of roofing, which equals nearly 200,000 square feet, the roofs will be stronger and all the windows will consist of hurricane-proof glass.

“We’re rebuilding with totally new roofing systems engineering-wise so we won’t suffer the same consequences should another hurricane strike,” Dickey said. “We’re looking to mitigate any future vulnerabilities. We don’t want to be vulnerable anymore.”

Dickey said students and faculty have been scattered around usable buildings on campus in “cubby holes and closets,” and now the center allows them to be back in their normal surroundings.

“After a disaster like this, you don’t give up,” Dickey said. “You start one small step at a time. You prioritize the areas that you need to bring back, you marshal the resources, funding and trade skill workers you need, and you start occupying after you finish rebuilding. That’s exactly what we’ve done.”

Dickey said the hurricane destroyed student housing and many students had to seek refuge during the evacuation process. Spencer Keyser, marine science graduate student, said he was in Austin when the hurricane hit and hosted students fleeing the hurricane in his house.

“It was a stressful time for everyone, especially those who had ongoing experiments or samples,” Keyser said. “Scientific samples took priority over personal belongings for a lot of people.”

“As climate change progresses we’re going to see a lot more of these storms, so this is going to be an important avenue of research to investigate,” Keyser said. “As much as Harvey was a destructive experience, it was also an opportunity for exploration.”

Dickey said UTMSI is 50 percent done with the reconstruction process and is expected to be completed in spring 2019.

“The student body and faculty have been extremely positive and definitely allowed this to be a strengthening and bonding experience rather than being negative about the loss,” Keyser said. “Spirits are high and as the campus begins to become more complete, we can only expect to come back even stronger.”