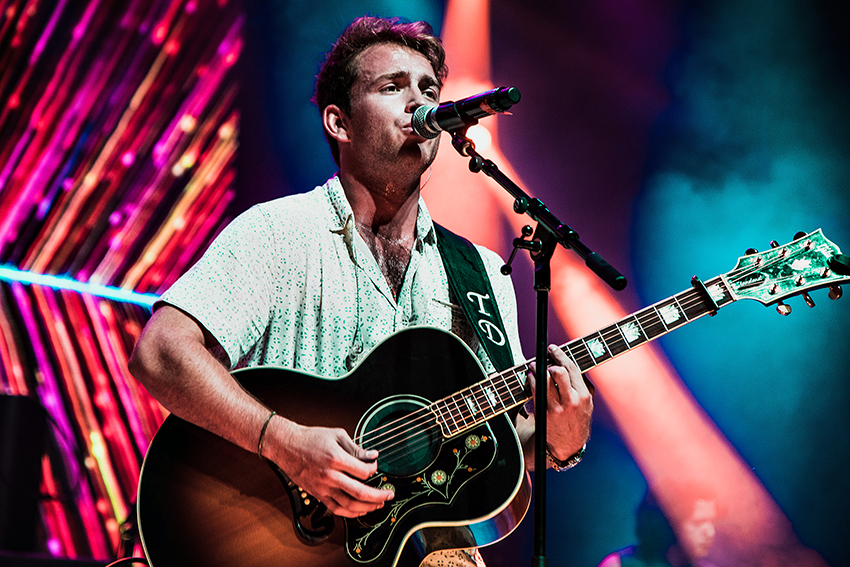 After releasing his first single on his graduation day in May, 2018 UT alumnus Tyler Dial packed up his things and moved to Nashville to build his career as a country music singer.

“I couldn’t think of a better time to do it than the day I graduated,” Dial said.

Dial released an EP one week later. Within the month, he had been featured in Rolling Stone magazine for his first song “Truth in the Way” and was included in the magazine’s list of top 10 new “need to know” country music singers.

Dial started pursuing music while still a full-time student. Despite the challenges of pursuing a degree while also focusing on music, Dial said the balance between school, social life and building a music career was not hard to find.

“You kind of do have to prioritize,” Dial said. “All I really did was music and school. It actually wasn’t that bad, probably because I was just so passionate about music.”

With a bachelor’s degree in marketing, Dial said he planned to use his business knowledge to get ahead in the music market. Although he always had his sights on Nashville, Dial said he took advantage of the music opportunities Austin offered.

“Nashville was always on the horizon for me,” Dial said. “One of the cool things about being in Texas was that we got to play Sixth Street on the weekends, play four-hour sets and play the fraternity and sorority scene down
in Austin.”

Dial recently signed a publishing contract in Nashville with Melissa Spillman, also a 2004 UT marketing alumna and creative director of publishing and production at Neon Cross Music. Spillman supplies Dial with a writing team and functions as a media and business platform for Dial to publish his music.

Spillman said she and Tyler share a bond as UT alumni, which supplements their dynamic as they
work together.

“It’s always fun to work with people who share a common history, like UT and the live music scene and that culture from the state of Texas and Austin in particular,” Spillman said. “I think we were automatically on the same page no matter what from the beginning.”

Marketing junior Allie Yoder said she listens to country music and feels proud when she hears about UT alumni succeeding.

“Being a Longhorn is something that we all have a lot of pride in,” Yoder said. “Being able to claim that they’re a fellow Longhorn and they went to my school makes me proud.”