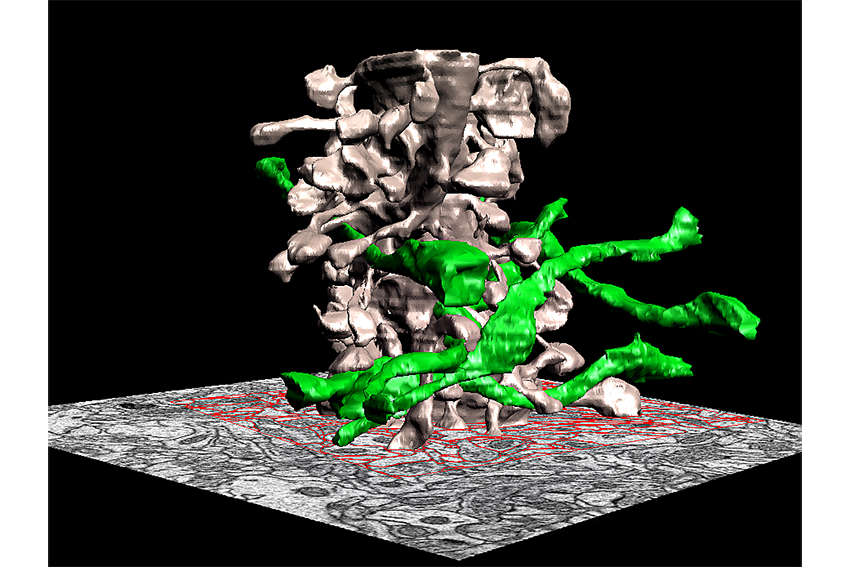 Any student who has ever used a microscope knows how blurry the images can be, but computer science professor Chandrajit Bajaj is helping to make those images clearer.

The images produced by microscopes are confined to two dimensional images, so Bajaj, who is also chair of the Center of Computational Visualization at UT, developed software that turns 2D microscopic images into 3D neurological models.

One of Bajaj’s projects, called Project: Neuro Modeling, focuses on creating more dynamic images from neurons, or cells which send and receive messages between the body and brain, according to PubMed Health.

The project used images from a cryo-electron microscope. These microscopes freeze the specimen of interest before it is viewed. Bajaj used this technique on rat brains for the project.

“Multiple (cross-sections) of a rat brain were taken through the cryo-electron microscope,” Bajaj said. “These images were in 2D, (blurry) and difficult to analyze.”

To improve these images, Bajaj and a team of computer scientists designed a software called VolRover.

According to the Computational Visualization Center, the software is able to produce 3D models of neurons and synapses. Synapses are the gap between two different neurons, from which they communicate, according to PubMed Health.

Bajaj said the 2D cross sections of the neurons were used to develop a 3D model of all the synapses. This model is called a connectome, he added.

“Aside from allowing better imaging of the neuron, VolRover is able to model neuron communication,” Bajaj said. “The connectome can be put in simulators to model the electrical circuits that neurons communicate with.”

Another one of Bajaj’s projects is called Project Spectre, which doesn’t produce 3D imaging but still enhances the quality of images. The project focuses on analyzing cancer cells.

“In hyperspectral imaging, a cancer cell is subjugated by a laser,” Bajaj said. “The cell is then (shot) with infrared light and the light absorption patterns are analyzed. Cancer cells absorb light differently than normal cells.”

The technique helps improve the imaging accuracy by eliminating the need to stain cancer cells for easier viewing.

“The older method requires cancer cells to be stained before (observation under a microscope),” Bajaj said. “Stains react with cancer cells and alter them. (In contrast), hyperspectral imaging is a non-staining technique.”

According to the Computational Visualization Center, Project Spectre will help scientists in evaluating the data. Bajaj added that the technique will produce larger amounts of data as well as help in identifying cancerous cells.

“Scientists need accuracy from their techniques,” Bajaj said. “Through software and technology, we solve the computational problems regarding speed, image resolution, etc. and help improve accuracy. The technology then allows the scientific community to produce better results.”