Hooked on Our Safety should be a continued effort 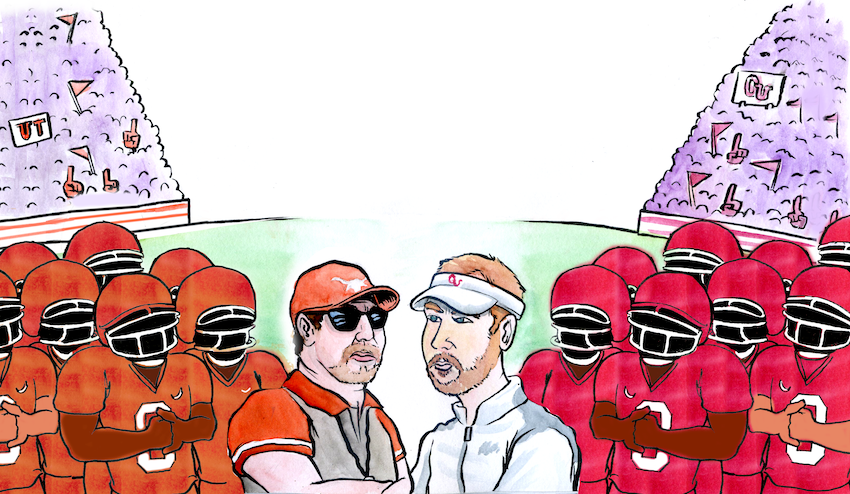 Last Tuesday, Young Conservatives of Texas rallied in support of then-Supreme Court nominee Brett Kavanaugh amidst a large counterprotest. On Saturday, Kavanaugh was confirmed and sworn in as a Supreme Court justice despite sexual assault allegations against him.

Talking about sexual assault is not easy — it will never be easy — but it is crucial given the current events both on and off the 40 Acres. Advocates in both UT and OU’s student governments moved sexual assault to the forefront of the conversation leading up to the OU game with the Hooked on Our Safety campaign.

The social media initiative promoted a consolidated list of sexual assault resources in Dallas before and during the weekend for all students in town for the OU game. However, students at all football games are susceptible to sexual assault. Making more campaigns with similar, location-based resources is essential.

“A red-zone is a period of time where there is an increase in sexual assault. They’re kinda informally recognized. In the fall, OU weekend is the biggest one,” said Isabella Fanucci, Interpersonal Violence Prevention Director in UT’s student government. “When you have a lot of people going to the same place, sometimes spending the night together, and there’s a lot of alcohol involved, the (sexual assault) rates sadly skyrocket.”

“Having these resources act as a safety blanket,” said OU junior Ellie Curren about the Hooked on Our Safety program. “It’s helpful, and I think most girls can agree with me on that. However, we shouldn’t have to have (it) in the first place.” Curren is right. Ideally, sexual assault should not be so pervasive. We shouldn’t have to keep it in the back of our minds. And yet, we have to constantly think about it because sexual assault remains prevalent. Having support resources may not address the problem at its root causes, but it at least gives students a way to report misconduct and seek medical attention.

That is why Hooked on Our Safety is such a significant campaign. More than just phone numbers and locations, these resources prove vital to helping survivors. They also increase visibility and awareness about sexual assault among the student population, who make up a huge portion of college football attendees.

While resources are always available, they’re not always visible. They should be consolidated and communicated to the student body for every football game, home or away. Moreover, a list of these resources — such as direct hotlines and addresses of hospitals with Sexual Assault Nurse Examiners — should be created for every away game, especially when students might be unfamiliar with resources available to them in a completely different city or different state.

Prior to each game, our student government must work with the opposing team’s student government to promote sexual assault resources in their respective cities. We can take direct action in finding and advocating those resources ourselves — it’s already been done for the Red River Rivalry.

No matter where a Longhorn may be, these resources must always be made available. We owe it to our community to support survivors.