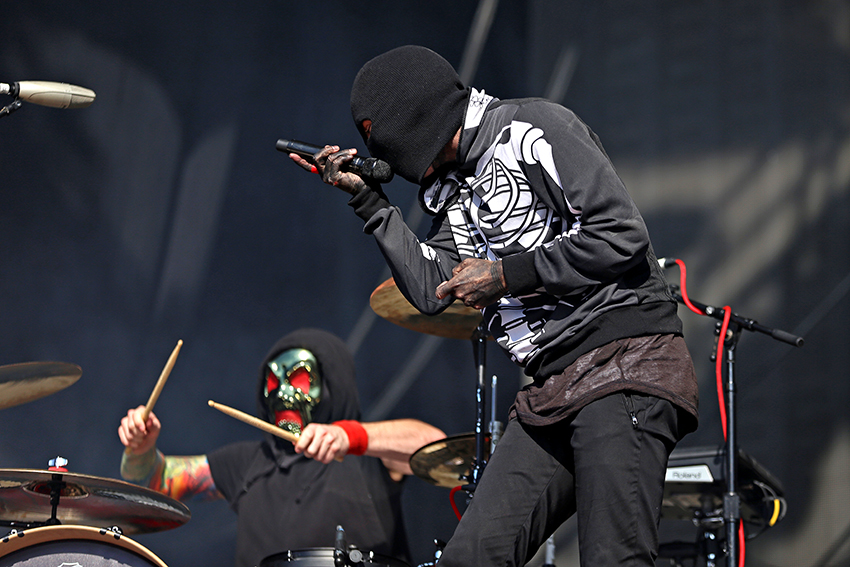 After two years of silence, Twenty One Pilots released their new concept album Trench containing contrast and complexity that completely re-identifies the band as one with a more mature take on music production.

This album contains elements of different bands that have obviously influenced lead singer Tyler Joseph and drummer Josh Dun’s view of what an enjoyable album should look and sound like. Many similarities can be drawn between Sublime and The Killers, especially with the electronic and smooth sound accompanied by occasional ukulele riffs.

The entire album centers around adapting to situations. Joseph wishes to show his audience how to handle issues in a mentally healthy way to prevent depression and anxiety from interfering with opening up to people. Throughout the album, Joseph discusses finding a group to belong to. For this album, his group is called the bandits which save Tyler from falling back into his depression and never returning from the hell that is in his head.

The album opens up with the song “Jumpsuit” that talks about the fear of entering a new atmosphere but the benefit of taking risks. The beat empowers the audience to walk with confidence rather than fear when it says, “I crumble underneath the weight/Pressures of a new place roll my way.”

“Levitate” is a continuation of “Jumpsuit” and focuses on rising above situations with the help of those around you. It is one of the best songs on the album that shows Tyler’s versatile skills with lyrics and learning that “you can learn to levitate with just a little help.”

Other incredibly well-written songs on the album are “Nico and the Niners,” “Chlorine,” “Neon Gravestones” and “Pet Cheetah” because these songs display the different emotions that accompany depression and that becoming famous does not magically make people happy.

Each one of these songs discusses that fame is not the best thing, especially in “The Hype” and “Neon Gravestones.” They disclose the reality of working in show business and the stress that musicians face.

A constant theme through this album is depression and disappointment because it strives to tell the story of a bright-eyed young man who is trying to find his place in a world that he realizes is not at all like what he envisioned.

This album contains songs that possess a beautiful connotation that leads to understanding and controlling what seems completely impossible. However, there are a few songs that do not appeal as much as others, such as “Cut My Lip” and “Morph.” Joseph wants to display the weight of fame and how it is not full of grandeur as everyone claims because it has led to him dealing with things such as depression and people that make him want to “stay in my room/My house is the one where the vultures are perched on the roof.”

Time and time again, Twenty One Pilots has created a musical masterpiece that is intriguing as well as auditorily pleasing. This album is extremely versatile, and it speaks to the areas of life that the majority of the public have no knowledge of. One cannot predict what the future holds for this band because of the constant change to their sound, but they will most likely create music that people cannot only relate to but love wholeheartedly.