Mayoral candidate Laura Morrison: ‘This is an anxious town’ 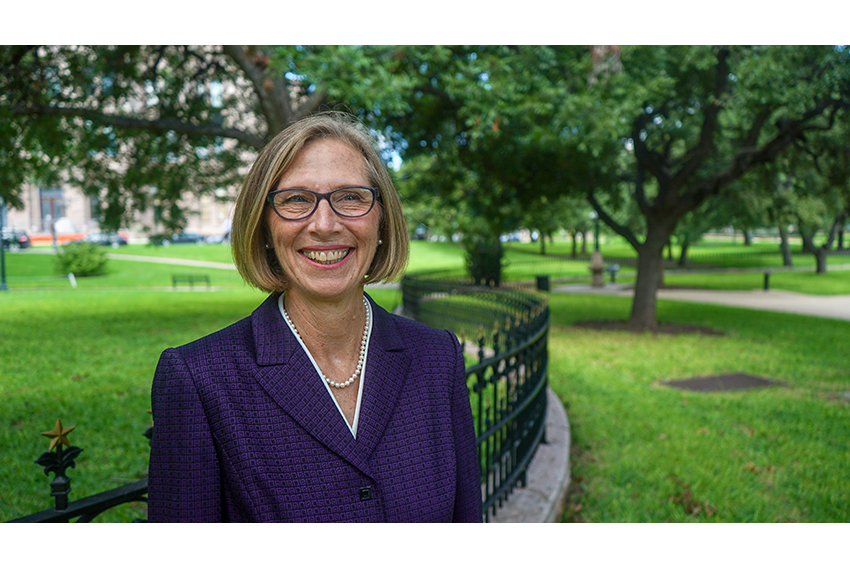 Editor’s note: This is one in a series of profiles on the candidates running for Austin mayor.

In the three years since her term as an Austin City Council member ended in 2014, Laura Morrison said she became convinced the City of Austin was heading in the wrong direction.

Morrison is one of six candidates running for mayor against incumbent Steve Adler. Her platform focuses on improving affordability and mobility, issues she said students and other Austinites are most worried about.

“Everywhere I go, cross-town, people are anxious,” Morrison said. “This is an anxious town … It’s so much more expensive, they don’t see progress being made on traffic and mobility, they’re stuck in traffic. Local businesses are having to close and people are having to leave … They’re just not sure if this is their city, if they’re gonna be part of the future.”

Morrison said she is also concerned with transparency. She said handling Austin’s bid for Amazon’s headquarters behind closed doors is creating frustration and distrust with residents.

“We need to restore trust in City Hall,” Morrison said. “People are feeling written off and not listened to. And they feel like the dialogue is not civil; you’re either a winner or a loser … There aren’t productive processes to bring people together.”

There has only been one female mayor in Austin’s history, Morrison said. She said she wants to be a force for further institutional change and diversity.

“I’m a big believer that having broader diversity in these arenas makes a difference,” Morrison said. “Frankly, we have only elected white men. What does that say about this community that we think only they are capable of being in charge? We should wake up.”