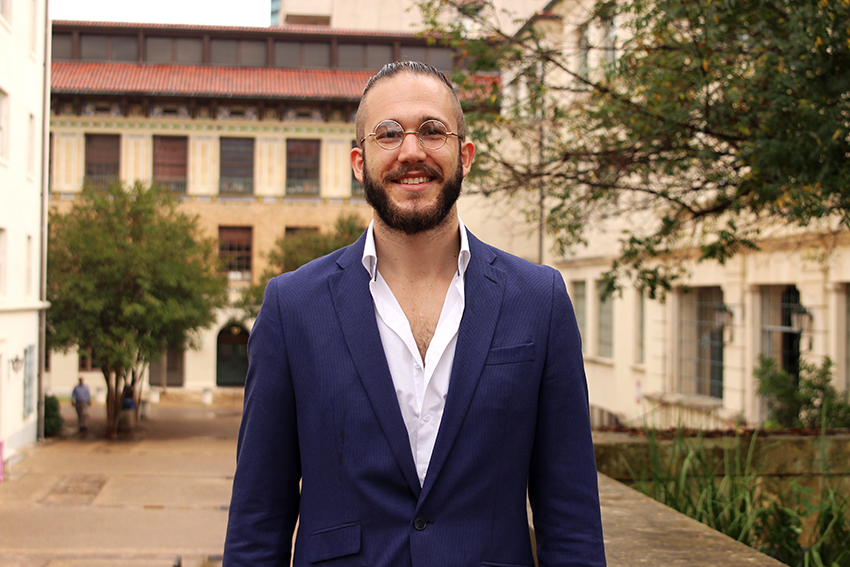 It’s Travis Duncan’s first time running for mayor, but he said it won’t be his last.

“I’m going to run every four years until I win,” Duncan said.

Duncan quit his job in the solar power industry to campaign for mayor full time and has no previous experience in politics. He is running on a progressive platform that calls mainly for “universal resource access.”

One way to accomplish that is through an “incentivized cooperative network for community projects,” Duncan said. Volunteering three hours a week on projects such as transportation infrastructure, eco villages for the homeless, home renovations and organic community farms would bring benefits, such as free electricity.

To combat affordability issues, Duncan said he wants to construct “people’s towers” on city land where potential residents would contribute to construction in return for lifelong leases.

“Over the next 10 years, we can completely decommodify food, water, housing, healthcare, education (and) transportation in Austin,” Duncan said. “And while we’re doing that, we’re gonna be exporting these concepts to the rest of the world because Austin’s liberation doesn’t occur in a vacuum.”

If elected, Duncan said the first thing he will do is hold 100 days of 12-hour-long town halls, one in every neighborhood in Austin.

“What this is going do is reprioritize what the mayor’s job is,” Duncan said. “I think the mayor’s role is to listen to the people, to understand what are (their) most urgent needs.”

Duncan is also calling for 100 percent voter participation by 2020 and said he believes undocumented residents, convicted felons and children should have the right to vote.