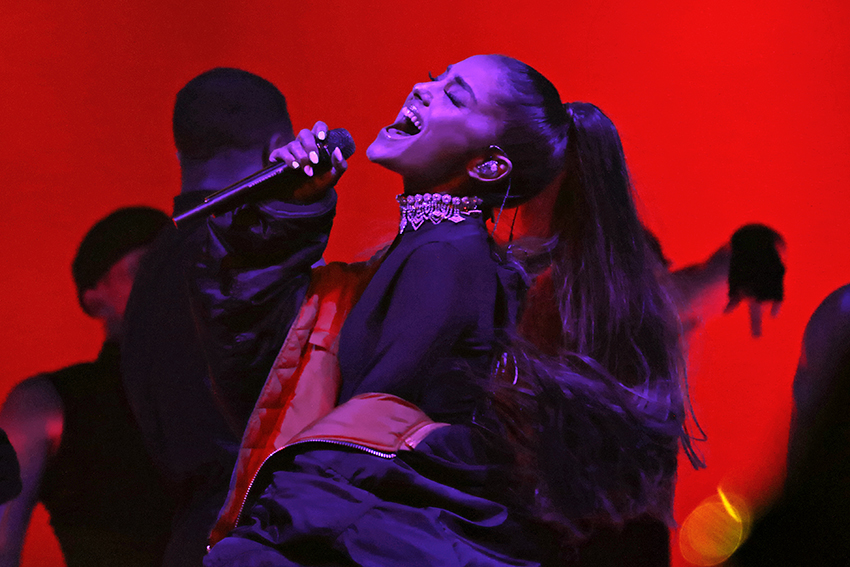 God is a woman and she just fixed the glitch in the simulation. Four months into their relationship, Ariana Grande and Pete Davidson broke their engagement, People Magazine reported.

After a whirlwind romance, Ariana Grande and Pete Davidson have split. https://t.co/3ciw6eR44D pic.twitter.com/FOTsts4f9A

The pair got engaged just a couple months into their relationship, which had stans questioning Ariana’s choices.

this is us collectively about ariana grande's and pete davidson's split pic.twitter.com/qTa7GilhQx

Me when I found out Ariana broke up with Pete pic.twitter.com/xbRIPOSxgu

I knew Ariana would come to her senses eventually pic.twitter.com/rGpPDIT6F3

Davidson tattooed several Ariana references on his body during their short time together.

pete davidson covered his dangerous woman tattoo, a tweet announcing the breakup with the notes app is coming ! pic.twitter.com/yCAG888Oia

Pete Davidson and Ariana Grande broke up and now he’s gotta live his life with like 78 tattoos dedicated to her pic.twitter.com/WV0hJHLPKq

pete at ariana’s door at 4am when he realizes he has nowhere to sleep bc he spent his entire life savings on her ring pic.twitter.com/Wy4usCycd0

#PeteDavidson feels bad for #BishopCharlesEllis III's #TacoBell joke: "he was trying to be funny. He did a stupid joke, he’s a pastor" https://t.co/wsfLWCeJnN

Pete Davidson said he’s never been prouder than when Bill Clinton eyed Ariana Grande at Aretha Franklin’s funeral & went on to say that he ‘feels bad’ for the pastor who inappropriately grabbed Ariana because it wasn’t intentional. He comforted her by saying she was ‘so hot’. pic.twitter.com/rgbNjNdvXI

The “pete davidson” era is over, but Ariana is still skinny.

Ariana Grande on her way to find another toxic male to have a short term relationship with but also base a whole era and album on them pic.twitter.com/HxwyAU2KLp