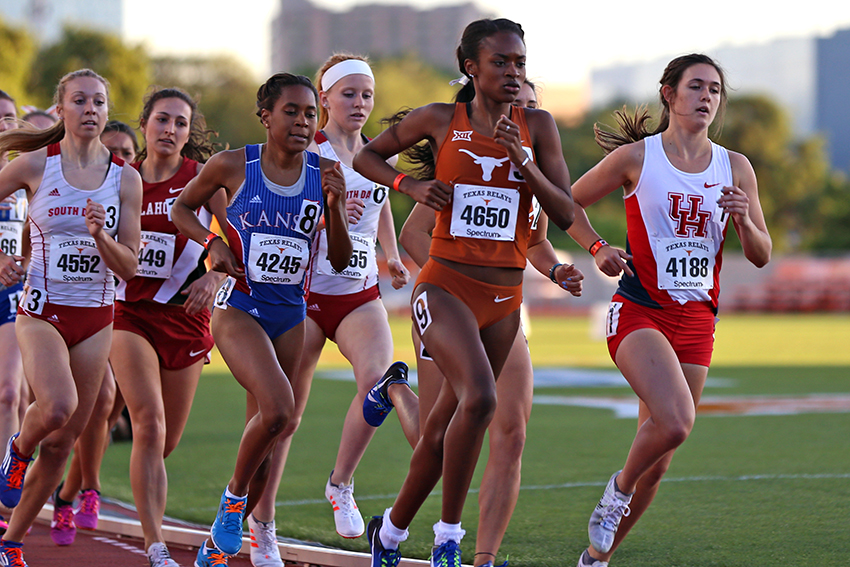 After Texas separated from the head coach of its premier track & field and cross country program last February, Edrick Floréal knew he had to build the trust of many Longhorn athletes.

Floréal was brought in as a replacement for former head coach Mario Sategna, who was fired in February after athletic director Chris Del Conte said in a statement that the program needed to “head in a new direction.” Since his hiring, Floréal has faced the challenge of connecting with his new team.

Floréal, a former Olympian in triple and long jump, entered as the new head coach after spending the last 12 years building world-class track programs at Stanford and Kentucky. Now, Floréal sees coaching at Texas as a challenge and an opportunity to transform the program into a national powerhouse.

Joining Floréal to coach the cross country teams are women’s coach PattiSue Plumer and men’s coach Pete Watson, who are both experienced runners and have also coached at major programs around the country.

Destiny Collins, who has led the women’s team in every cross country meet so far, said they have welcomed Plumer with open arms.

“There’s definitely been some changes, but all of us are just trying to trust the process and have an open mindset about it and believe in what we’re doing,” Collins said. “It’s been a really smooth transition, and she’s kind of like a mom to us, so it’s been really nice to have her here.”

When a new staff arrives, the older members of the team often have to make the most adjustments to other coaching styles. Senior Alex Rogers trained for three years under the guidance of former Texas cross country coach Brad Herbster, who left the program for a position at Pittsburgh earlier this fall.

“The difference between me and a lot of the other guys is that I had a very close relationship with Coach Herbster,” Rogers said. “He was like a father figure to me.”

However, upon discovering that Watson was selected to be the new men’s coach, Rogers knew the team was left in great hands, saying that the coach is “exactly what we needed.”

“Coach Watson compliments us all very well. He knows when to push our buttons and when to back off, and he’s come in with this mindset and this attitude that has helped us,” Rogers said. “I feel better about my training … and now I need to do the things that I have control of and execute better for Texas.”

During the team’s first two invitationals this season, both teams enjoyed early success under the new coaching staff but then had less-than-satisfactory performances at the Nuttycombe Wisconsin Invitational last month, as the women and men finished 23rd and 22nd overall, respectively.

In regard to the men’s team, Rogers said even though training has increased drastically, the Longhorns have been stuck in a rut. He believes the team has the physical capacity to compete with anybody, but they must develop the mentality to “start something new” in order to achieve the level of success the Longhorns are used to.

“We’re better than what paper says,” Rogers said. “We’re going to change a lot of things, and we are going to make big splashes in big places.”